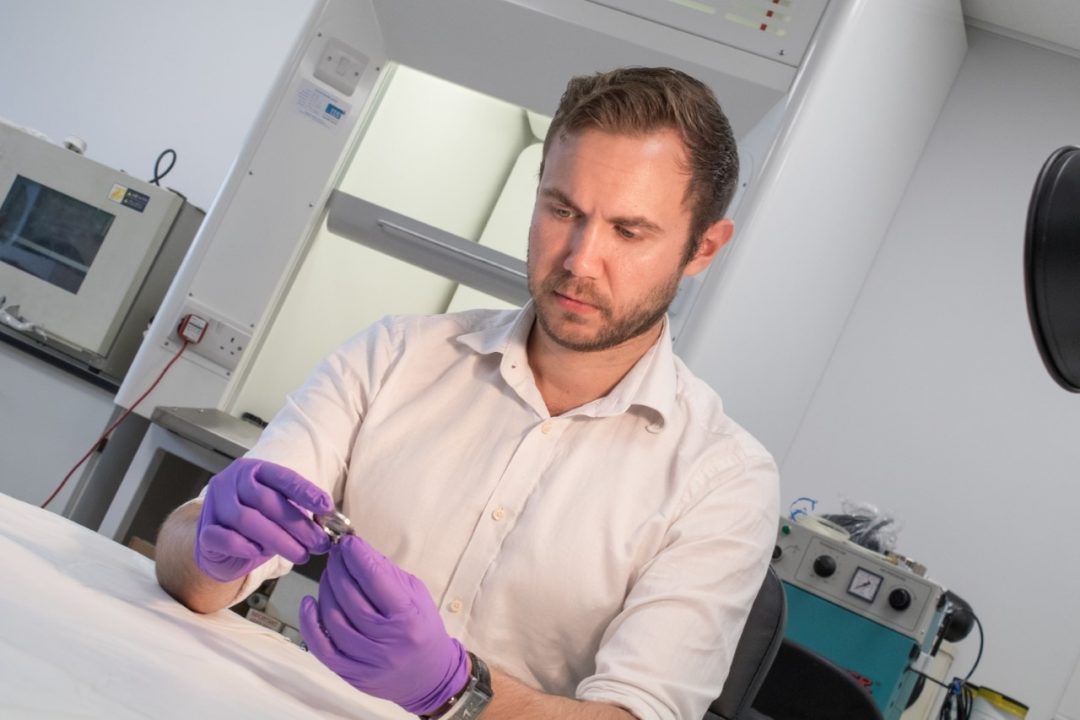 What fascinates me most about jewellery is the hidden meaning behind the designs and styles people choose to wear. This can sometimes be simply down to personal preference, but while researching the objects that have ended up in Adorn: Jewellery, the Human Story it became clear that certain images and motifs have much deeper meaning to the people that wore those objects in the past. What’s more, many of the symbols and signs that have been used in jewellery making are often still used in adornment today.

Medusa was a character in Greek and Roman mythology, a beautiful woman who was turned into a hideous creature with snakes for hair when she upset the goddess Athena. It was said that she turned whoever looked at her into stone and even when the hero Perseus cut off her head her gaze still had that power. Therefore, the head of Medusa has been used in decoration for thousands of years as it was believed to have had protective properties. The beautiful jet pendant with medusa’s head featuring in Adorn was found in a grave in Colchester and would have been worn by a Roman living in the town around 1,600 years ago. There is some irony in that jet is actually fossilised wood, turned to stone much like anyone who would have looked into Medusa’s eyes. In homage to this, I had a tattoo of Medusa on my right arm to mark the opening of the exhibition and represent my interest in classical mythology. 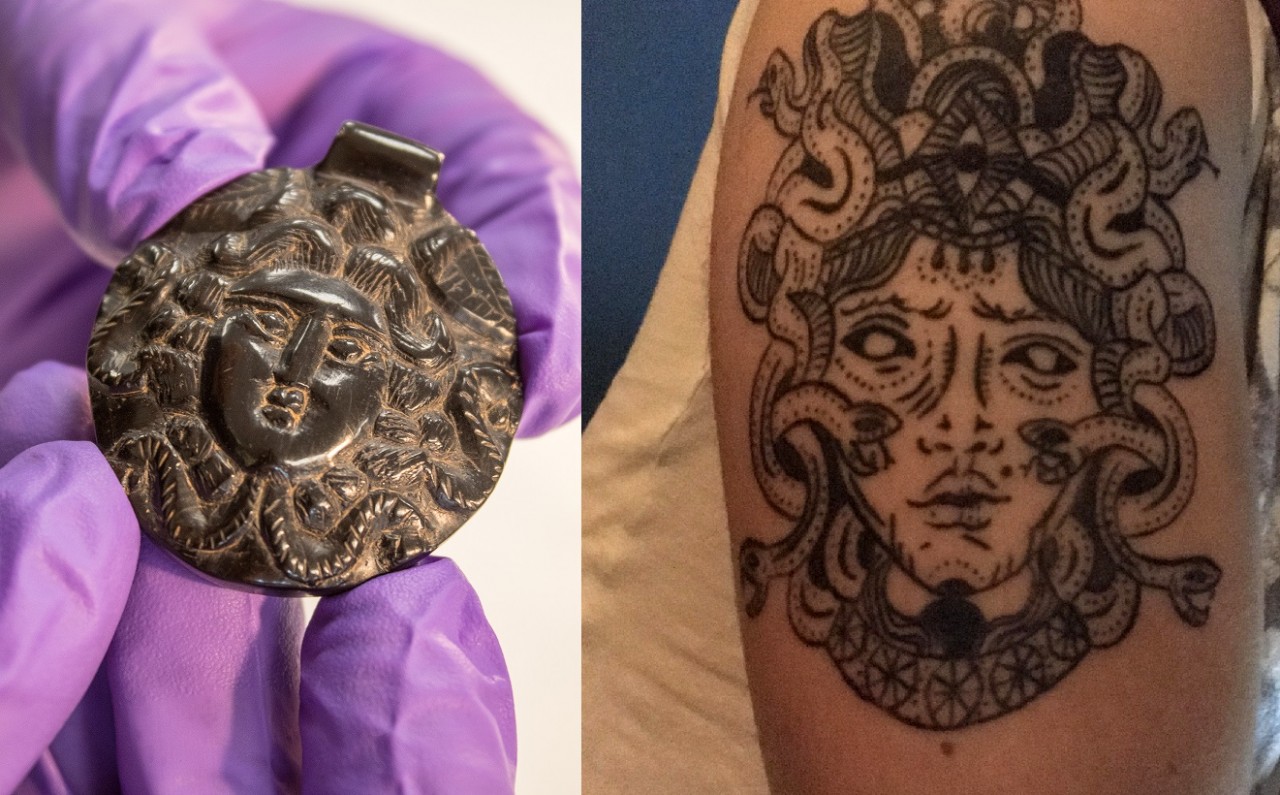 Christianity became the official religion of Britain for the first time around 1,700 years ago, when Emperor Constantine made Christianity the religion of the Roman Empire. In order to ensure all those living across the Empire knew this, he created a new symbol for Rome using the first two letters of the Greek word for Christ: Χ (Chi) and Ρ (Rho). Although this was more a symbol of the Empire than the religion, early Christians were quick to adopt this symbol and so it can be found on religious jewellery across Europe from then on. Many orthodox Christians still use this symbol in places such as Greece and Russia today. 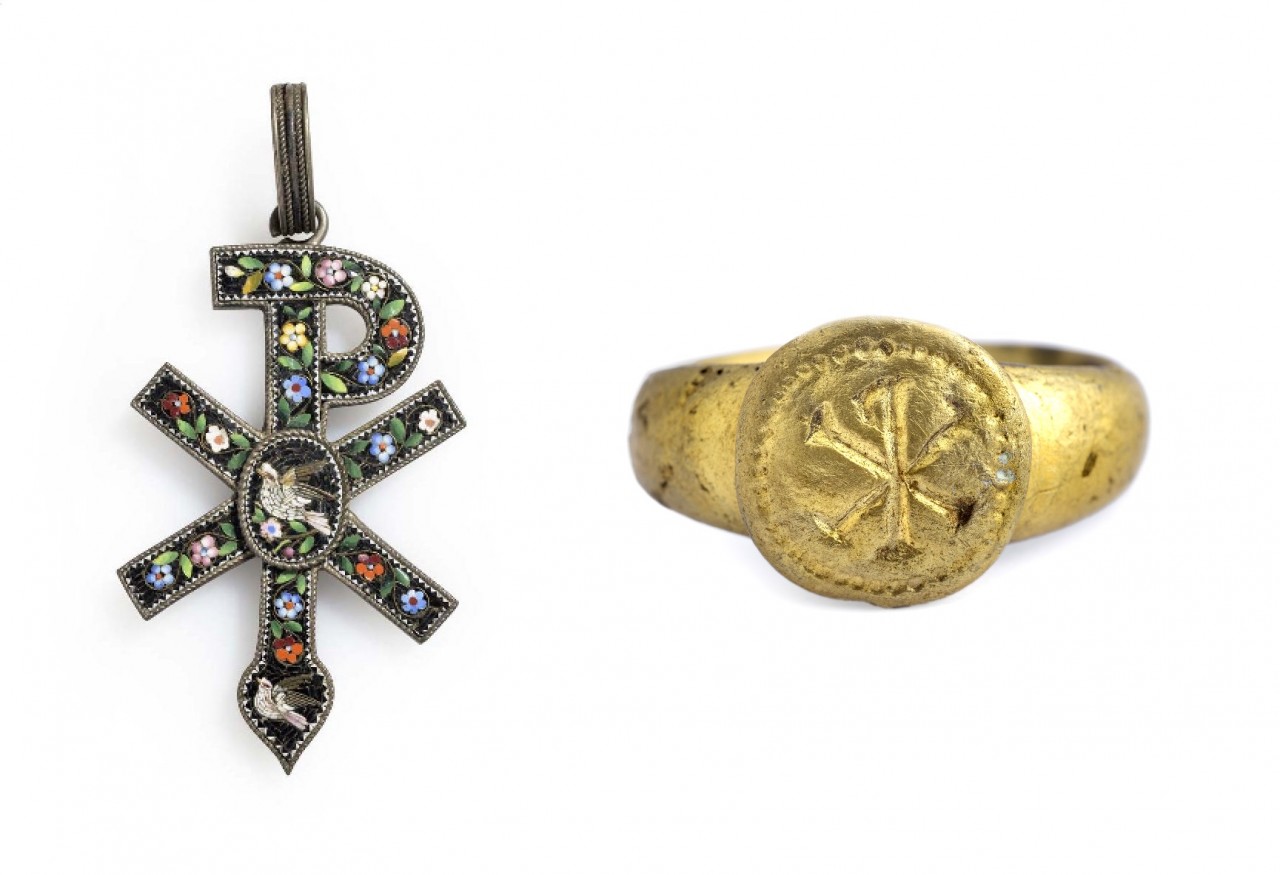 Some designs have an actual practical function on jewellery. Before technology allowed for communication across the globe in a matter of seconds, people used seals to confirm the quality of goods and services that were traded. Sometimes these seals would have images, such as animals or plants, with an inscription saying who the merchant was. By the 1600s people started to create their own symbols as the identifier of an individual merchant. These were often fairly elaborate designs, which included the initials of the merchant in them to make them even more unique. 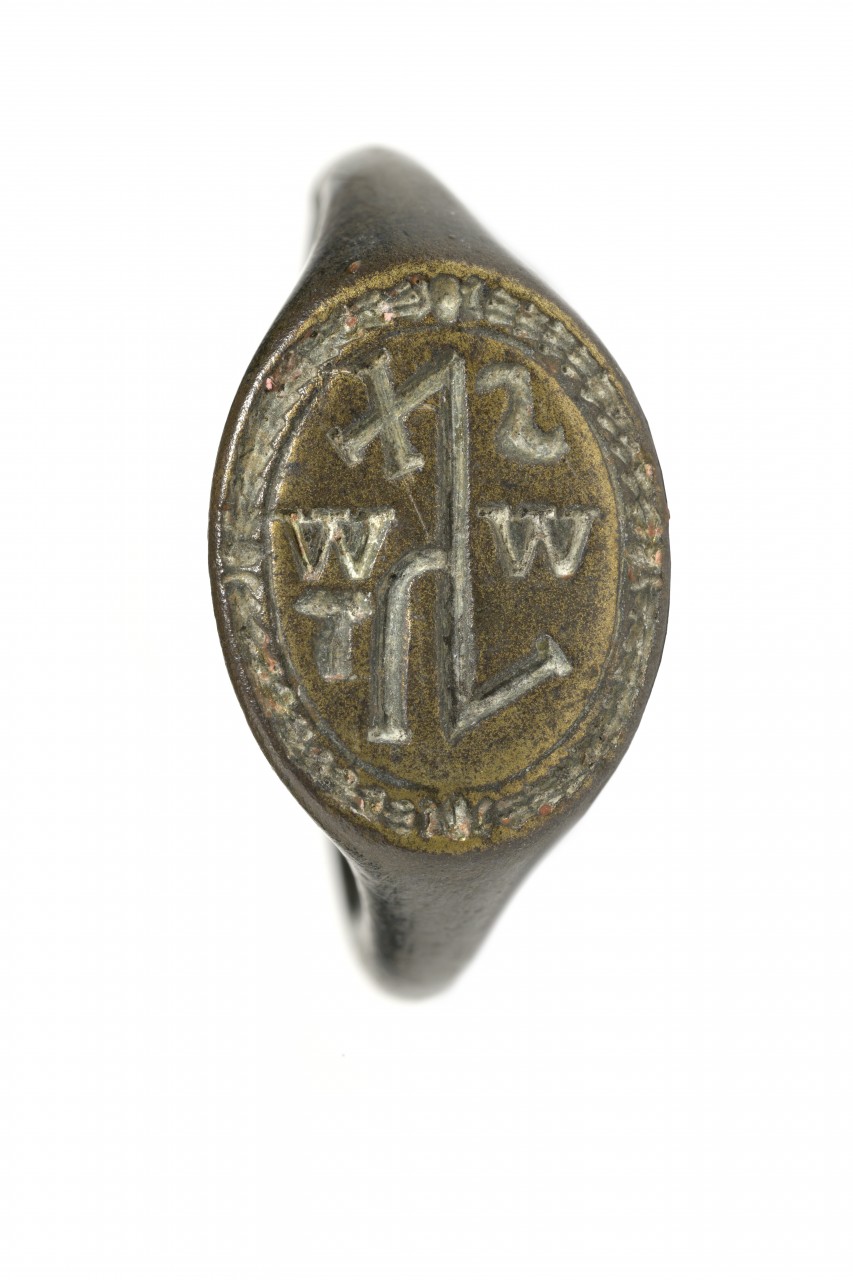 When a Roman girl reached adulthood, she was presented with a pendant in the shape of a crescent moon. The association between the moon and menstruation have long been used in art and design, so it makes perfect sense within Roman society to mark this change in the life course with such an object. However, there are some irregularities to this tradition. One object in the museum’s collection is a bust of what might be a bearded man who is also wearing a lunula pendant. This might suggest the moon was not just a symbol associated with women, with men wearing items decorated with crescent moons too. This may have had religious or magical properties, or equally it could have simply been a preferred style. 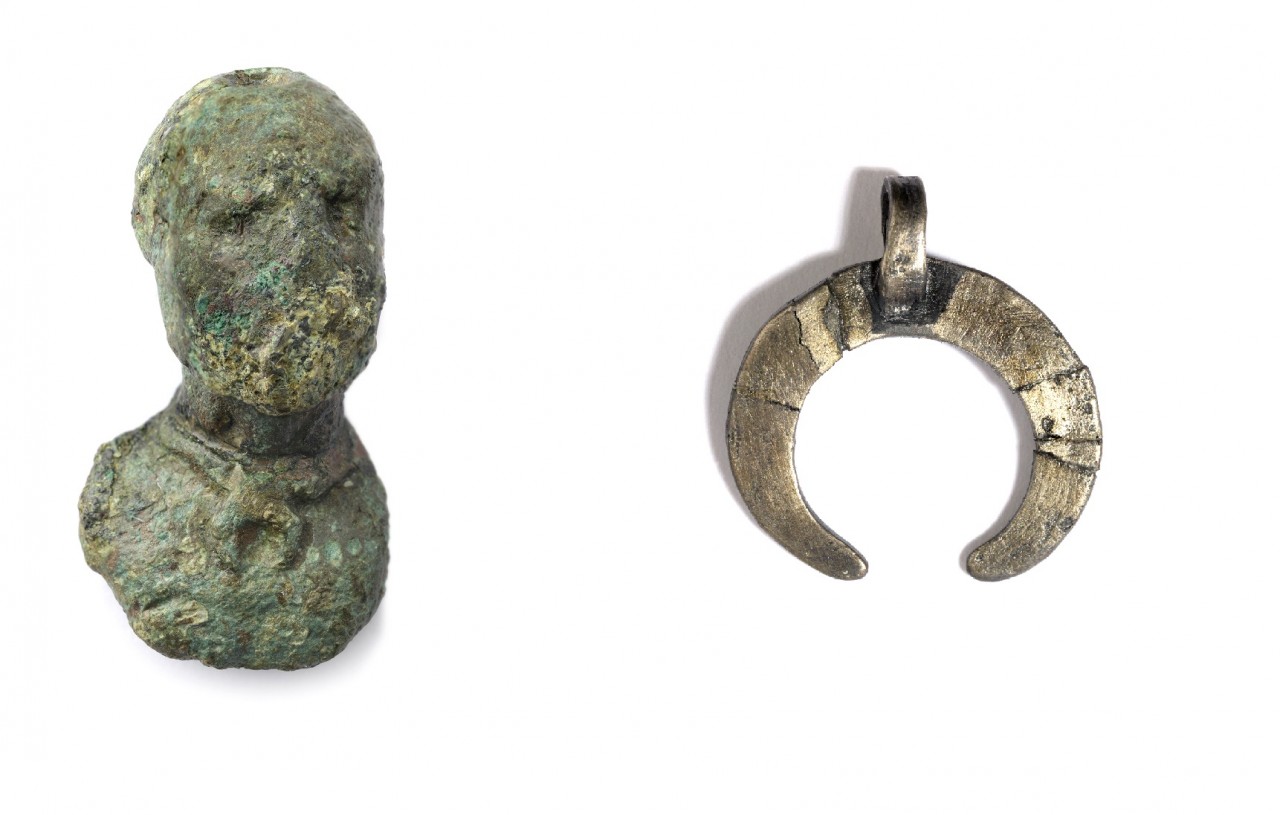 The heart shape is widely regarded as a symbol of love in many places throughout the world today. However, it neither looks like an actual heart nor has it always held such meaning. To the Romans and Anglo-Saxons this was a common shape applied to jewellery, simply as a design. It wasn’t until the Medieval period that the heart shape that we know today became associated with love. Nowadays, Valentines day has made sure that the symbol maintains its romantic connection. 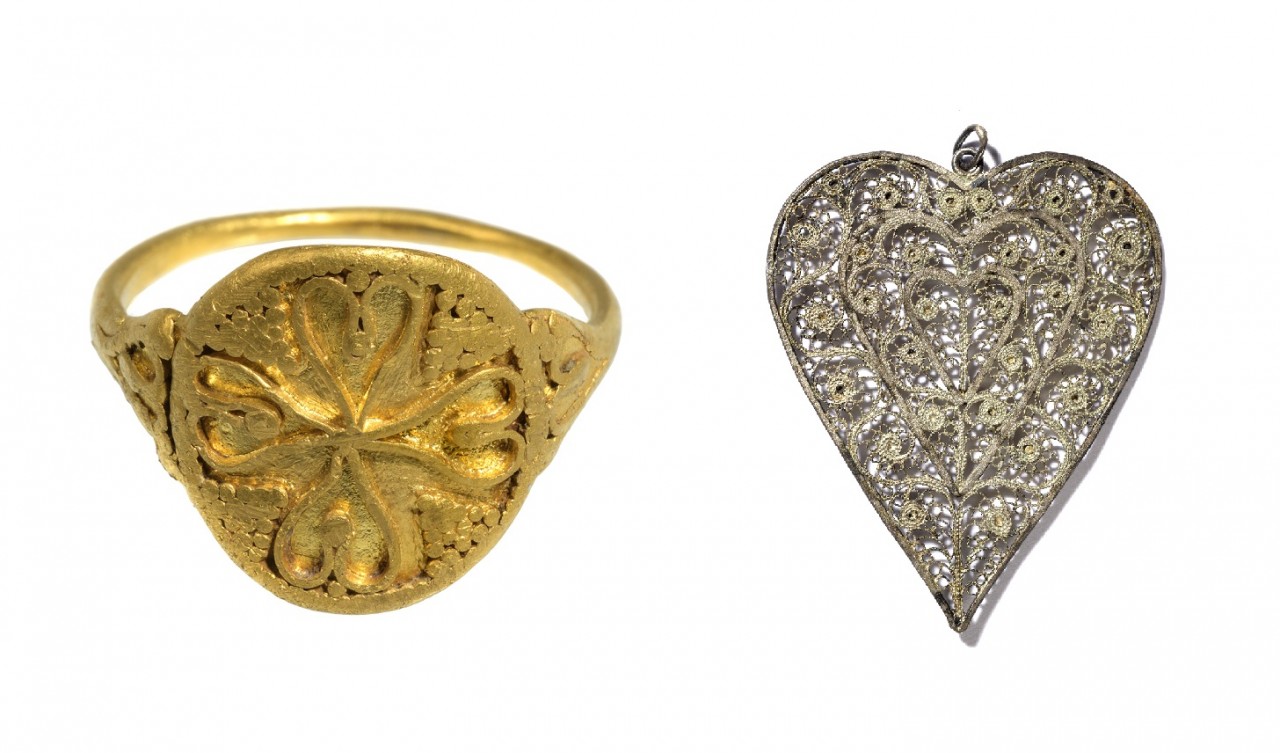