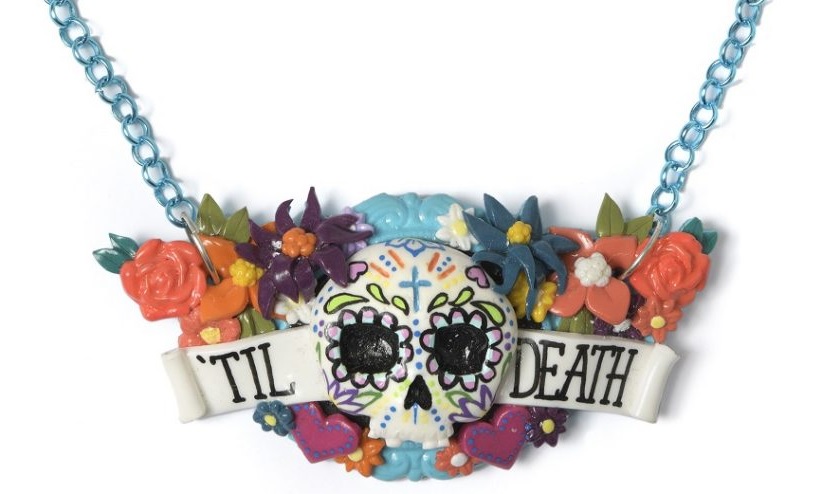 At the beginning of May I saw a casting call on Facebook from my local museum, Colchester Castle. They were opening a new exhibit called Adorn: Jewellery,The Human Story and they were asking local people to submit pictures of and the stories behind items of adornment like jewellery, tattoos and hair accessories to add some more modern elements to their exhibit. I was having a bad week that week but it made me a little excited. I sent it to Tom and asked him what he thought about me submitting my wedding necklace and flowery cat ears but before he had got back to me, I had already written the story of my items and submitted it on their website. 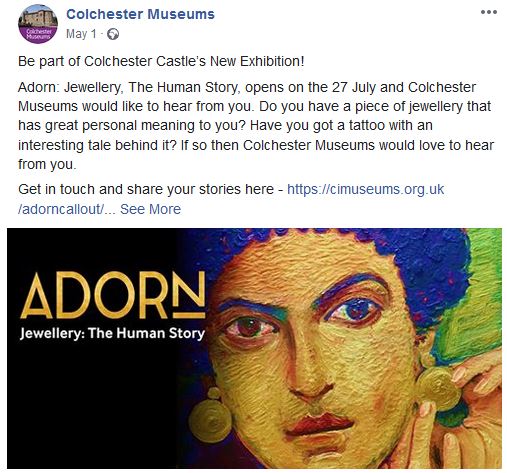 I told them about how I saw my cat ears shortly after me and Tom got engaged, how they followed me around and I couldn’t stop looking at them. They were perfect, beautiful bold colours and they were cat ears so it felt like I was including our cats, Indie and Pal, in our day. For my next birthday Tom bought them for me. It was the first thing that I had for the wedding and they sort of became the heart of our wedding, most of the colours of the wedding came from them and it was responsible for my wedding necklace being made. For my wedding necklace, I told them that I chose a jewellery maker that I had already had a few pieces from, Bete Noire Jewellery, knowing that she also did custom work. When I was commissioning my necklace, I told Beth, the jewellery maker, that our wedding was going to be similar to a Mexican fiesta with lots of colour, skulls, flamingos, piñatas and cacti. I sent her a picture of my cat ears so that she could get the colours right and pointed out a piece of jewellery that she already made that I would like her to base my necklace off but I wanted it to be even bigger! In my story I also wrote a little bit about our wedding, that it was non-traditional, everything was meant to be used again and that it was the best day ever. 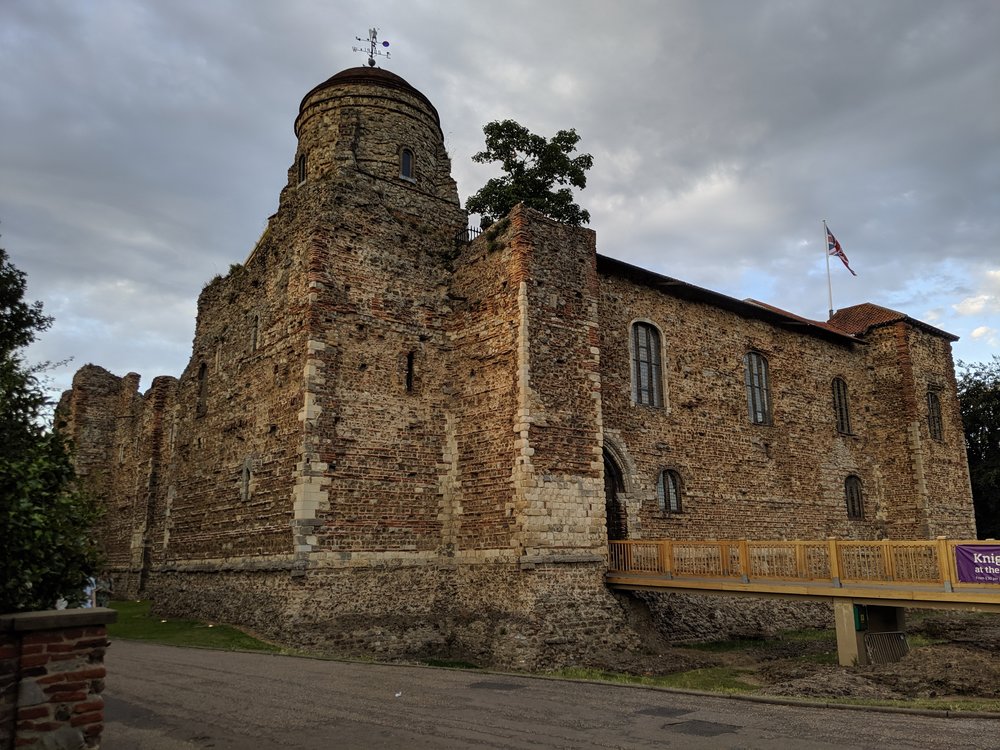 After I submitted what I had to say, I didn’t think that I would ever hear anything back. At one point I was sure I had misspelt my email address or that my story wasn’t interesting enough or even that my picture I submitted with the application didn’t show the items off well enough. Just under two weeks later, I received an email from the Collections and Learning Team saying that they would love to feature my items in the exhibit for the first two months if I was still happy to be a part of it. I sent texts to Tom and my mum to tell them the good news , furiously typed an email back to them about what times I would be free to have my photo taken for the exhibit and shouted it out on social media. Then it sunk in that I would have to have my picture taken and my hair looked terrible. I spent the next five days fretting about what I could wear and what I could do to my hair to make it look passable!

The photography session was first thing on a Saturday morning which was a struggle because I hate mornings! I finally decided on wearing my hair down and my dress with the cactus print for the photos. It was comfortable and nice ish for photos that were going to be on display. It was my turn first for the photos which was good for me as I would rather have them over and done with! I’m not comfortable in front of the camera on the best days but this was worse because it was so formal. There was a screen to sit by and those massive lights that boom when they flash. They also make me blink like crazy so pretty much all the photos I had my eyes closed in. Tom kept trying to make me laugh so I loosened up a little but it only partly worked. I ended up with acceptable photos but I hadn’t seen them yet then. The second part was a bit of an interview talking about the items and a little about myself for the museum’s records. That was fine even though it was a little weird. I basically had to describe the items, talk about how they came about in a bit more detail and then say some stuff about me. The stuff about me was the most awkward because I really didn’t have any idea what they wanted to know!

After that day, I pushed it out of my mind for a while because there wasn’t really anything to do. I got on with my boring life until a few weeks later I had an email for me to approve the writing that they wanted to put alongside my items in the exhibit. After correcting a couple of spelling mistakes it was all good to go and I received the invitation to the launch party. It was time to get excited again. I was having a bad time and my hair was really bringing me down. I still managed to pick out and buy a new outfit for the party and, with a bit of help from Tom, book a hairdressers appointment so I could be comfortable with my mop again. They were releasing a few bits and pieces about what would be happening at the party and it seemed like it was going to be fun. 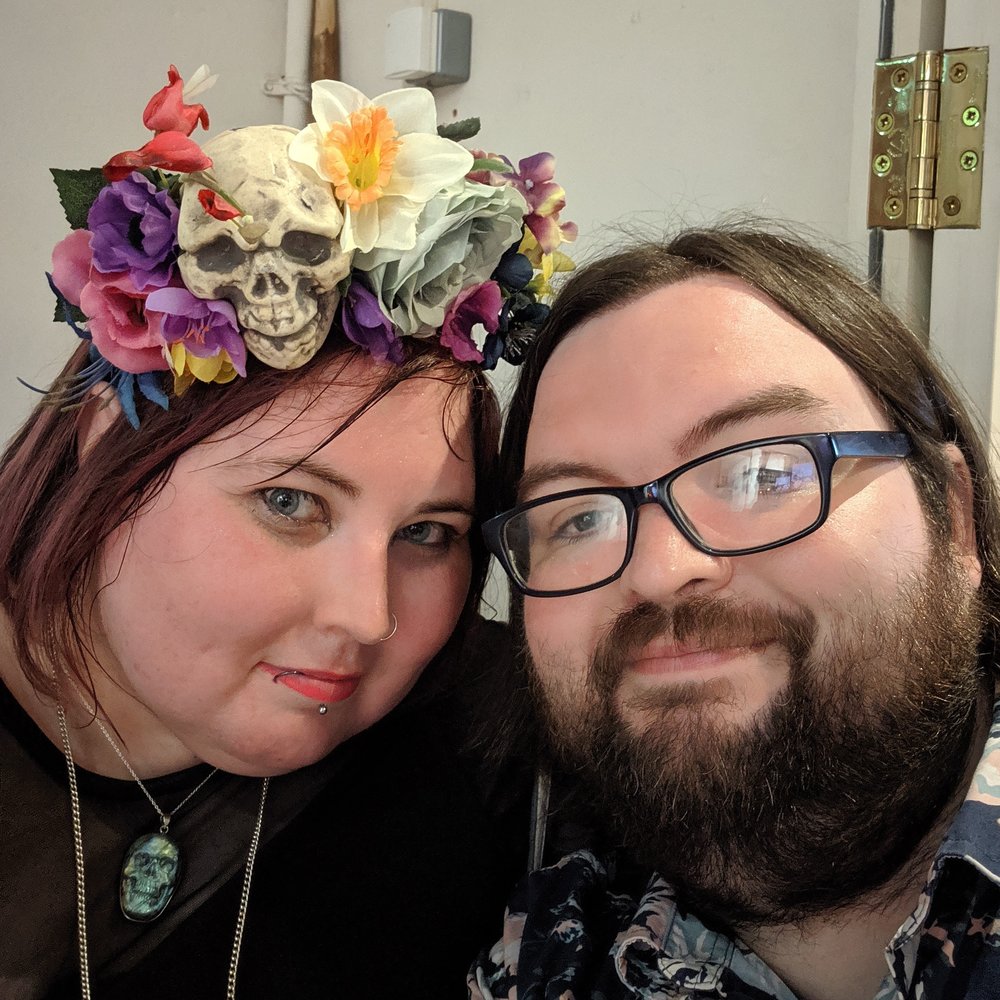 We are terrible at selfies

In the week before the launch they were obviously setting up the exhibit and they were sharing pictures of all the goings on, on Facebook. I spotted my face in reflections in a few of the pictures, and despite wanting to curl up and die because my face was on the wall, I shared them because this is a unique experience that I should enjoy and should be proud of being part of.

On the day of the party I got up early and went and got all my hair chopped off. It made me feel ten million times better. It’s cooler, it makes my hair feel thicker and it just makes me feel freer. When I was getting ready to go out, I picked out my jewellery, head piece and I even managed to put on just a little makeup. That’s a real big thing for me because I never wear makeup unless it’s for Halloween! We got there a little early but that was good as it gave me ten minutes to sit out in the fresh air and prepare for being around loads of strangers. 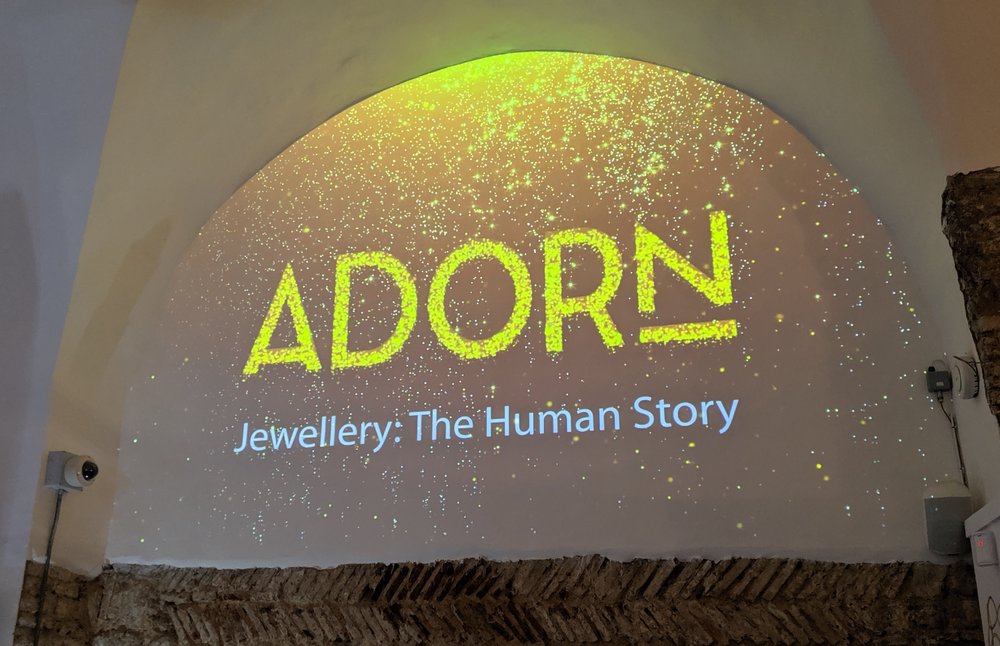 The party was a really surreal experience. I didn’t even think about the fact that people would recognise me from the exhibit but literally right on the door, the person checking the list said that he recognised me from the exhibit and complimented my pieces. We walked about twenty steps and then I was stopped by someone else who recognised me and got me having my picture taken yet again, this time stood next to the picture of my face on the wall! After that I was ready for a drink, so we left looking around the exhibit for a minute while we got a drink from the bar. I had some random coconut vodka drink, it was pretty yummy. 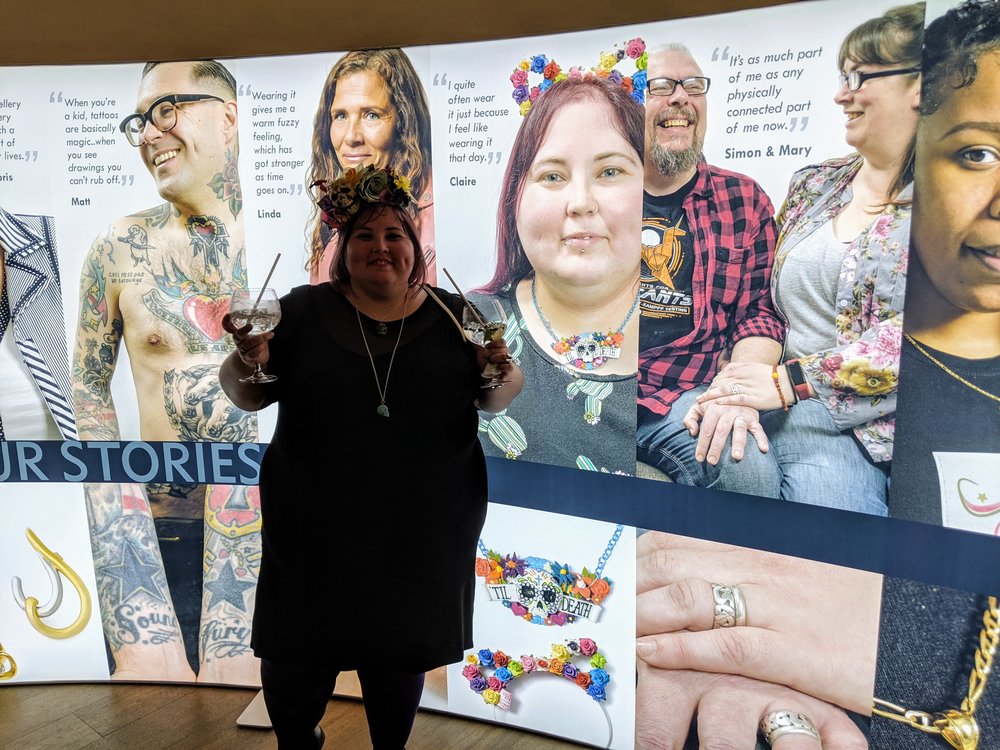 MY GIANT FACE IS ON THE WALL!

After a few swigs I felt up for looking at my blown up face properly. The exhibit was really lovely. The way they displayed the items lent from the public was perfect. As I said before, we had our faces on the wall and next to that is a display case with either our items in or close up photos of them in there. I was lucky that mine happen to be on a higher stand right in the centre. There is also a touch screen showing our stories and even more pictures of us and the items, you can manipulate the pictures so you can zoom and see all the tiny details on a big screen. In the rest of the exhibit there are some items submitted from local jewellery makers, as wells as ancient and historic pieces. It’s a fairly small exhibit but they have managed to fill it with a good variety of things and it’s fascinating to see what beautiful things we have been able to make over thousands of years. While Tom and I were looking around, the curator came and found me and we had a little chat about the exhibit, what we thought and how it blended the ancient and the new so well. I had a bit of a cringe moment because I had been holding my drink in my right hand, so when I shook hands with him my hand was damp the condensation from my glass! It wouldn’t be a night out for me if there wasn’t one thing I can obsess over later!

The rest of the night we spent looking around the rest of the museum, listening to a short poetry performance, getting glitter tattoos (of course I got a witch) and having some pictures in the selfie booth. There was a DJ so there was always music playing in the background and it was just really nice to chill out and absorb a fun night out in a spectacular setting. I even managed to freak Tom out by showing him all the cobwebs in one of the castle alcoves/battlements/chimneys (I’m not sure what you’d call them, Tom would know). I did notice the photographer stalking us a few times because of their epic flash. I must admit that they weren’t quite as stealthy as our wedding photographer!

Overall it has been a good experience, even if it has been a bit surreal. I’m looking forward to going to see the exhibit again with my mum and granny. I wonder if people will notice me in the exhibit when I go there when it’s all the general public looking around that aren’t expecting to see someone from the exhibit like on the launch party. It would be really weird if that happened.

I hope you go to see the exhibit if you are local, it’s on until February 2020 and my items are in it until the end of September. There isn’t any extra payment for it after you have paid the admission to the castle, so you get to see that and an awesome castle all in one day. Plus the castle is in the park and it is a beautiful park to relax and have a picnic in. The Hollytrees Museum is in the park too which is free and close by are the Natural History Museum and two art galleries, The Minories and Firstsite which have free entry too, so you can have a full to the max cultural day if you really want to.

Hopefully, you have found my experience interesting and my pictures too. Be sure to let me know if you do visit so I can find out what you thought of it! [Click here to visit Claire’s blog]