Animal diversity of the Ice Age 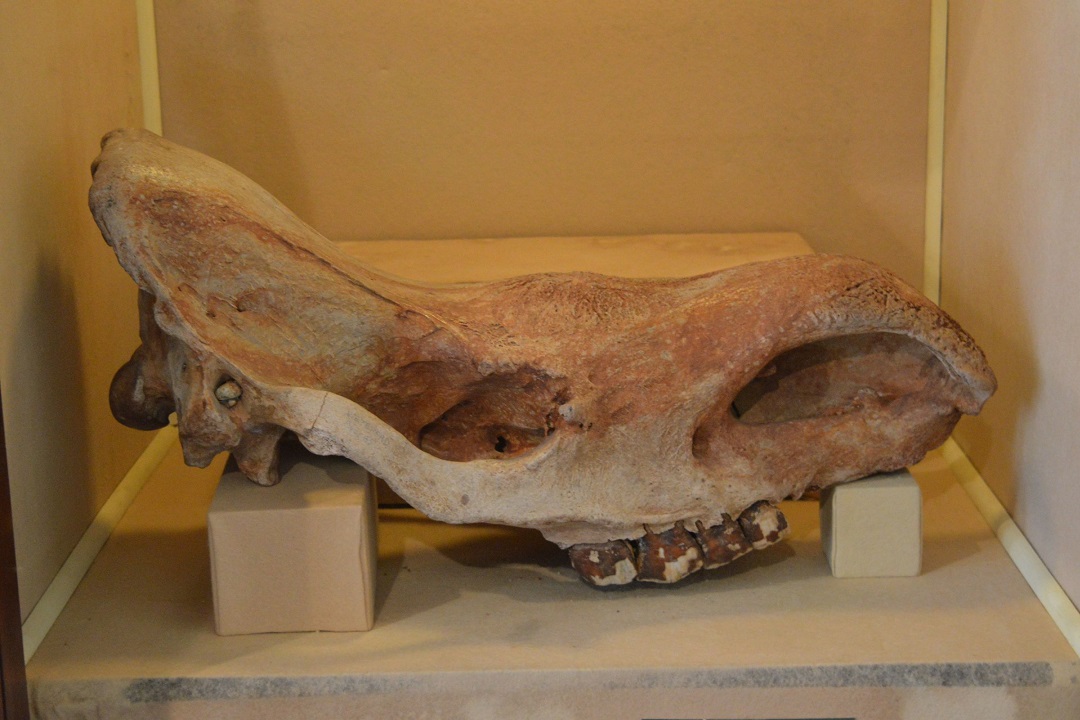 This February we have published online most of our collection of type and figured fossil specimens, which are amongst our most important.

Ipswich Museum has almost 200 type and figured specimens in the collection. The majority follow the story of the ice age over the last few million years, during the period we call the Plio-Pleistocene. The most important and diverse of these come from the local East Anglian crag formations, which include the only exposed rocks in the UK to chart the cooling into the (Pleistocene) ice age, around 2.5 million years ago. The discovery of many of these specimens dates back to the mid to late-1800s, a golden age of crag research, when leading geologists of the time sought to understand these lost worlds before the ice age.

The collection is rich in crag vertebrates (backboned animals). One of the most important type specimens is the single type (what we call the holotype) of ‘Owen’s Panther’, originally described as Felis pardoides¹, now thought to be an ancient Puma species. The holotype specimen of  Puma pardoides, a molar tooth, which is held at Ipswich Museum.

This large cat tooth was described by the most famous British anatomist of the time, Sir Richard Owen, who most famously invented the name, Dinosauria in 1842². In the mid-1800s, he was also investigating this lost fauna of the pre-ice age crags. The type specimen still remains key to understanding the Puma species today: this specimen documents its presence in Britain during the latest Pliocene and, with a few other sparse remains, help to support the theory that the Puma lineage may have originated in Eurasia before moving into the Americas.

Another example in the collection is the holotype of the ‘Red Crag albatross’, Diomedea anglica4 5, which sought out its fish-prey over this former coastline of the North Sea, some 2.5 million years ago. The specimen was so important when it was described in the late-1800s, that plaster casts were made for the Natural History Museum, London. The collection also includes 95 type and figured mollusc (the ‘shelly’ group that includes snails and clams) specimens described by palaeontologists Searles V Wood and then Frederic William Harmer in their highly detailed monographs, seeking to understand the tremendous diversity of the shelly organisms. These works, and the Ipswich specimens featured therein, are still ‘go to’ works for researchers today.

This newly published online collection of type and figured specimens will make this invaluable collection more accessible to researchers; many of the records are now associated with photographs. We will also be adding to this catalogue in the future, as more specimens are fully documented and others come to light.

We hope that it will also be enjoyed by everyone, however, as it provides an insight into some of the most important specimens in our collection, and key research seeking to understand this key period of geological time. Enjoy!

I would like to thank freelancer Dr Sue Beardmore who we took on to develop the documentation and research, and the team here for helping me to complete the dataset and to make it publicly accessible.

You can discover more objects in our Typed and Figured Fossils collection online.