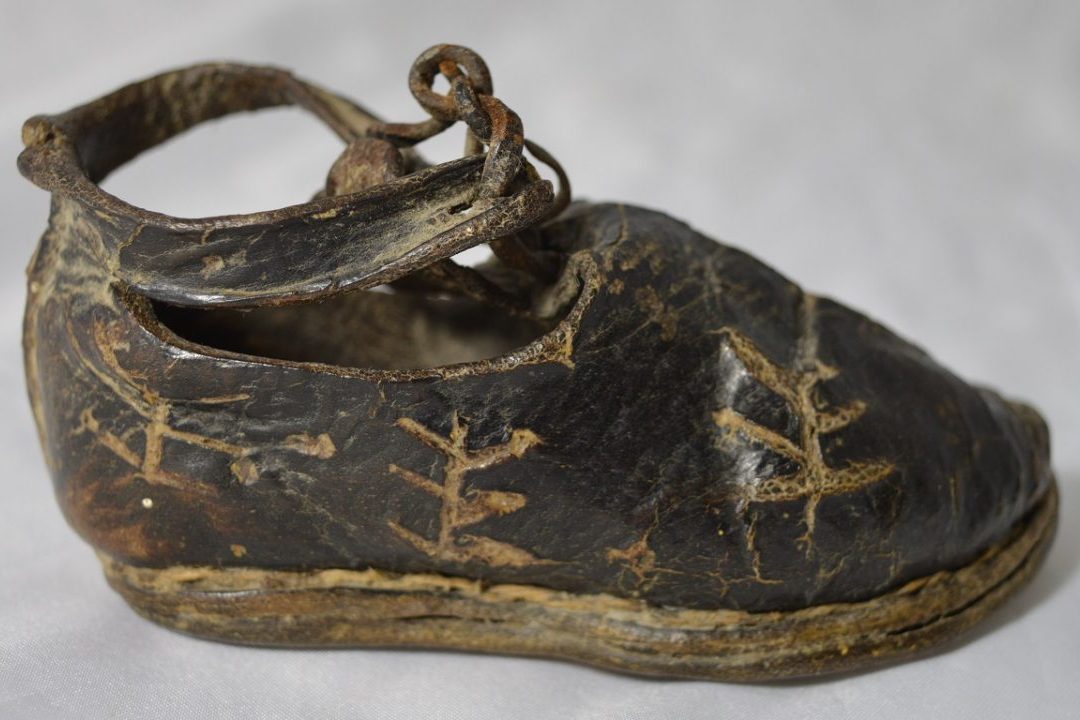 It’s the seventeenth century and superstition is rife. The Witchfinder General Matthew Hopkins is causing an enormous stir in East Anglia, creating an intense paranoia amongst the people. Aside from witches, people are worried about bad spirits, goblins, fairies, elves, demons and a whole host of other supernatural creatures.

The supernatural world was very real to Early Modern people. It was mysterious, scary and posed a real threat to peoples’ livelihoods, their homes and even their lives. How then, could people protect themselves?

Well, obviously, putting a dead cat in the wall seems like a good place to start!

When I began volunteering at Ipswich Museum, the first object I had the pleasure of viewing in the archives was an 18-month-old dried cat. I burst into tears, but not for the reason you might think! I have studied counter-magic previously and had NEVER been as close to a dried cat as I was in that moment.  As such, I was completely overwhelmed – in a good way! I have therefore been invited to write this blog post to share my knowledge of counter-magic and dried cats– a task I have relished in! 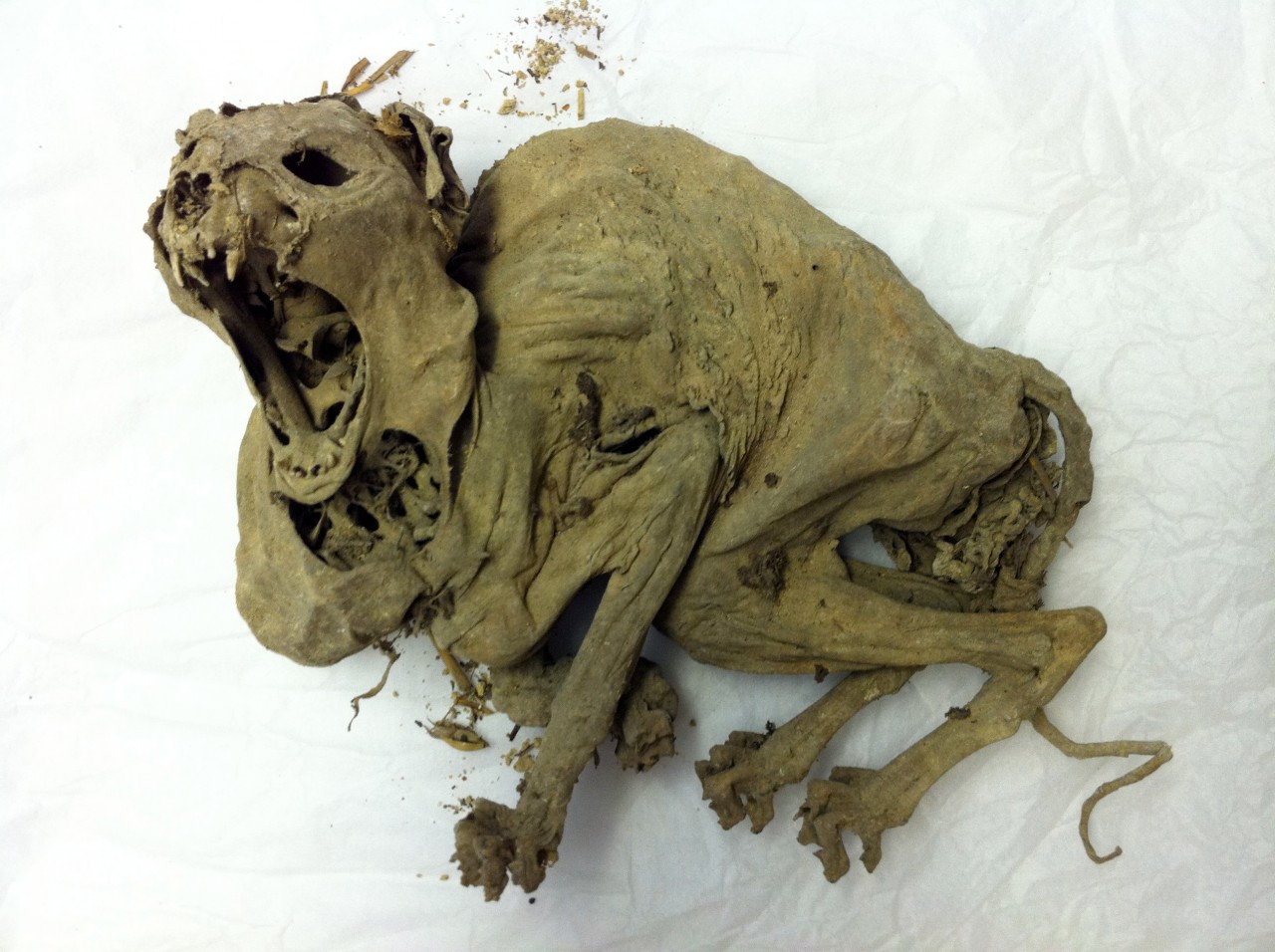 Dried cats have been found concealed in houses for centuries. The earliest dates back to the thirteenth century and there is evidence this practice was still being carried out in the early twentieth century and possibly still to this day. There are a number of reasons that dead cats can end up in walls. There are a few instances of cats being deliberately positioned within the walls in order to scare off vermin, making them useful for this purpose even after death! There is also the accidental cause: a cat, like cats do, decides to go chasing after a mouse or interesting looking bug and finds itself stuck in a small space. Unfortunately, this time curiosity really does kill the cat and it dies trapped in the walls or under the floorboards.

For those cats found underneath houses, it is possible that they were put there as a foundation sacrifice. In earlier times, humans were sacrificed when new houses were built. This could have been to appease local gods or alternatively may have been a way of ensuring the stability of the house, giving it a life so that it might not take one for itself! During the Early Modern Period, this superstition may have pervaded, but cats replaced humans for this ritual.

Most of the cats that were concealed, however, were put there very deliberately to protect the home from evil spirits or witches’ familiars. It was believed that cats, whilst living, had a sixth sense and could see the supernatural world. As very territorial animals, people thought that a cat’s spirit would help to protect the house from all things supernatural after it had died. 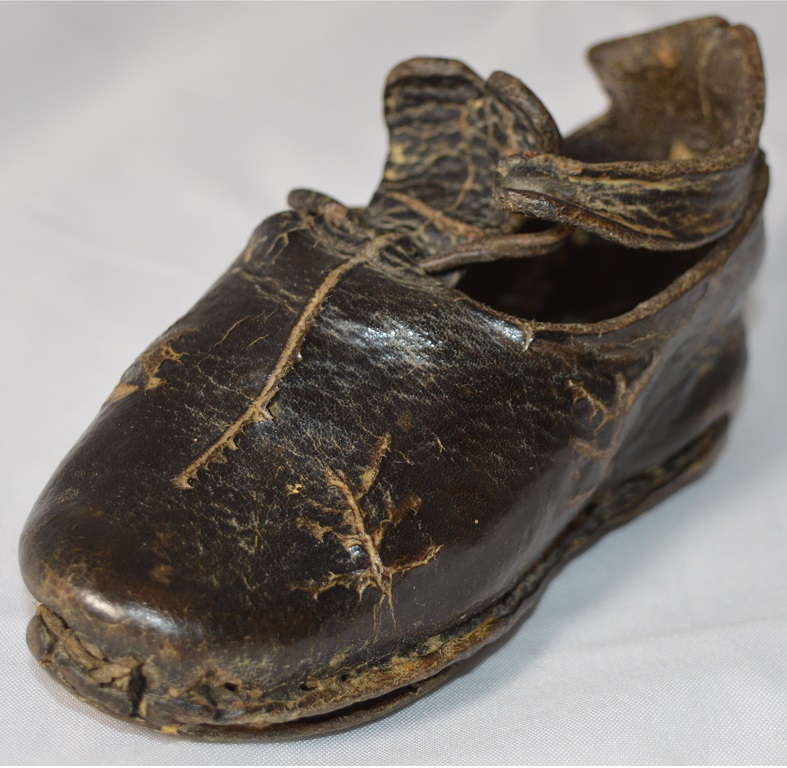 Aside from dead cats, there were many other forms of counter-magic that people could try. Concealing shoes was another way of protecting against evil and Ipswich Museum also has concealed shoes in its collection – including very tiny ones! Fourteenth-century rector, John Schorne, was reputed for being so holy that he managed to cast the Devil into his boot. It is possible that, as a result, people placed shoes in their homes in vulnerable places in the hope that any demons or bad spirits trying to enter would be stopped in their tracks and get stuck in the shoes! Another theory poses that shoes may have retained their owner’s essence or spirit and therefore dead family members might also protect the house after death. Alternatively, concealed shoes may have been retained for sentimental reasons, to remember loved ones.

There were numerous other ways in which people tried to protect themselves in the Early Modern period. Consulting with a wiseman or woman, gathering herbs at specific times of day or reciting prayers would all have been used as a forms of protection. Nevertheless, by placing a dead cat or concealed shoes in the walls of a home, or around vulnerable openings like the chimney or doorway, Early Modern people may have rested just a little bit easier at night.