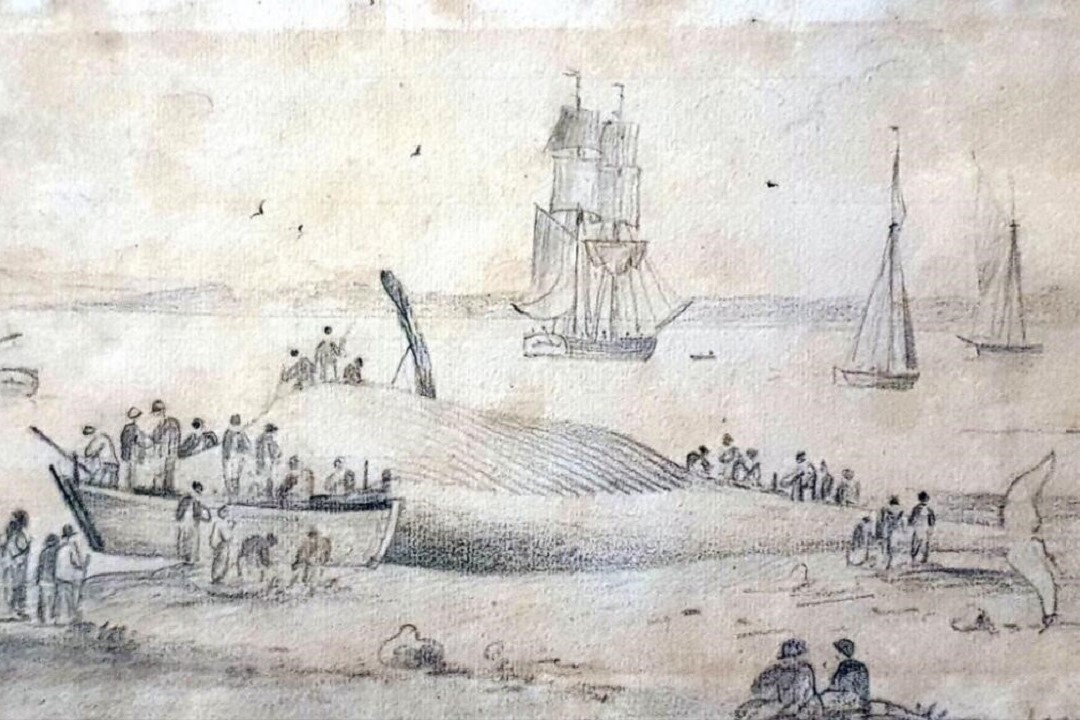 On 5th November 1816 a whale was found by Jobson and Baker near Harwich and then towed up the Orwell to Downham Reach. The pencil sketch The Whale at Downham Reach, River Orwell by George Frost (1745-1821) depicts the scene and the great interest shown by the local residents. Despite the unpleasant smell most of the town turned out to see this mysterious sea creature.

It is hard to believe that Ipswich once had a whale fishery. A whaling company was set up by Emerson Cornwell and Captain Timothy Mangles, chartering ships named the Ipswich and the Orwell between 1786-1793. The Orwell was a 380 ton ship built in Whitby and the Ipswich was a 320 ton ship built in Great Yarmouth. Both ships were doubled, which meant they were given extra planking to help to navigate the impacted ice they would encounter on their voyages.

It is documented that the Orwell was successful in 1787 in taking seven whales, whilst the Ipswich caught 54 seals. The resulting blubber was taken to the boilers located on the west of the river to the shipyard named Nova Scotia (originally named Blessingham). Surprisingly the smell of the cookery did not drive residents out of the town. However the following years were not so successful and by 1793 the companies sold the vessels together with the whaling equipment such as harpoons and lances. 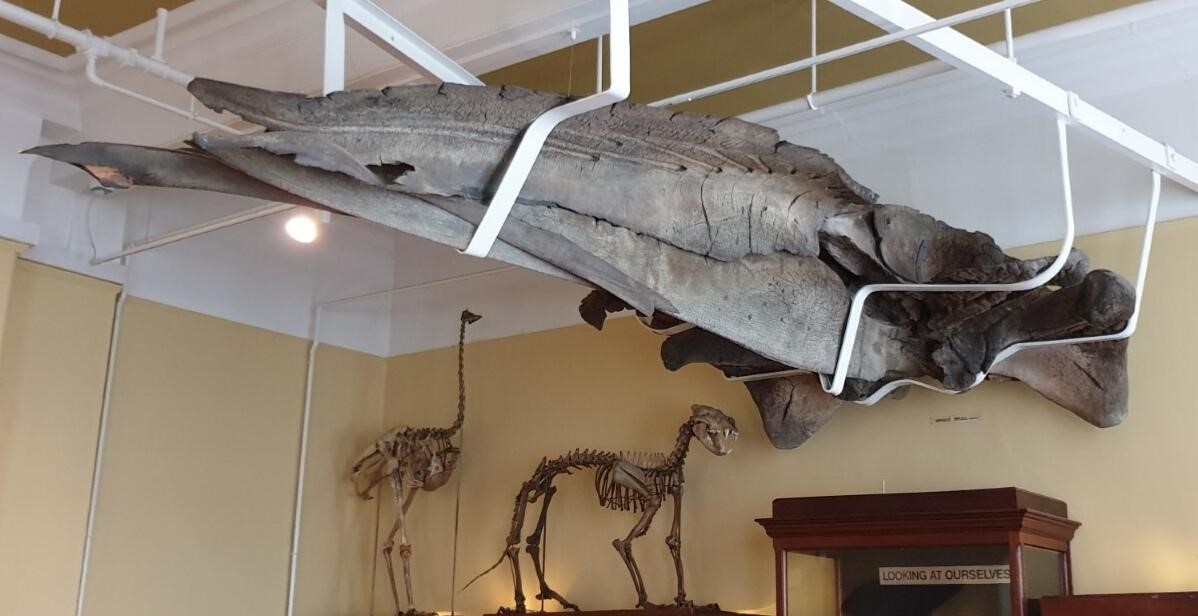 The whale skull that is currently in Ipswich Museum actually belonged to the whale depicted in the sketch by George Frost from all those years ago. It hangs suspended from the ceiling in the Geology gallery, giving an indication of just how gigantic this creature was in real life.  It was 68-70 feet in length (21 metres) and 18 feet in diameter (5.5 metres). The whale was female and appeared to have suffered an injury to its back.

The whale skull was not always displayed in Ipswich Museum. It was originally sent to Stoke Park Mansion (demolished in 1920’s) near Ipswich and was later gifted to the Museum in 1909 by Peter Robert Burrell, the forth Lord Gwydyr and High Steward of Ipswich. This was probably in his will, as that was the year he passed away aged 99.

We are often asked what type of whale the skull belonged to. Although the Minke whale is the most common breed of whale in the Suffolk area, it only grows up to 9 metres (30 feet). Therefore this whale appears too large to be a Minke. It’s description better fits the Fin whale which can grow up to 27 metres in length. Although these whales are rarely seen in the Suffolk area they can still occasionally be spotted. Whale numbers are gradually increasing after the devastating effects of the whaling industry. These large whales feast on schools of fish by taking a huge mouthful of water and pushing the seawater out through the baleen plates inside their mouths leaving just the fish.