Mackmurdo and the Century Guild 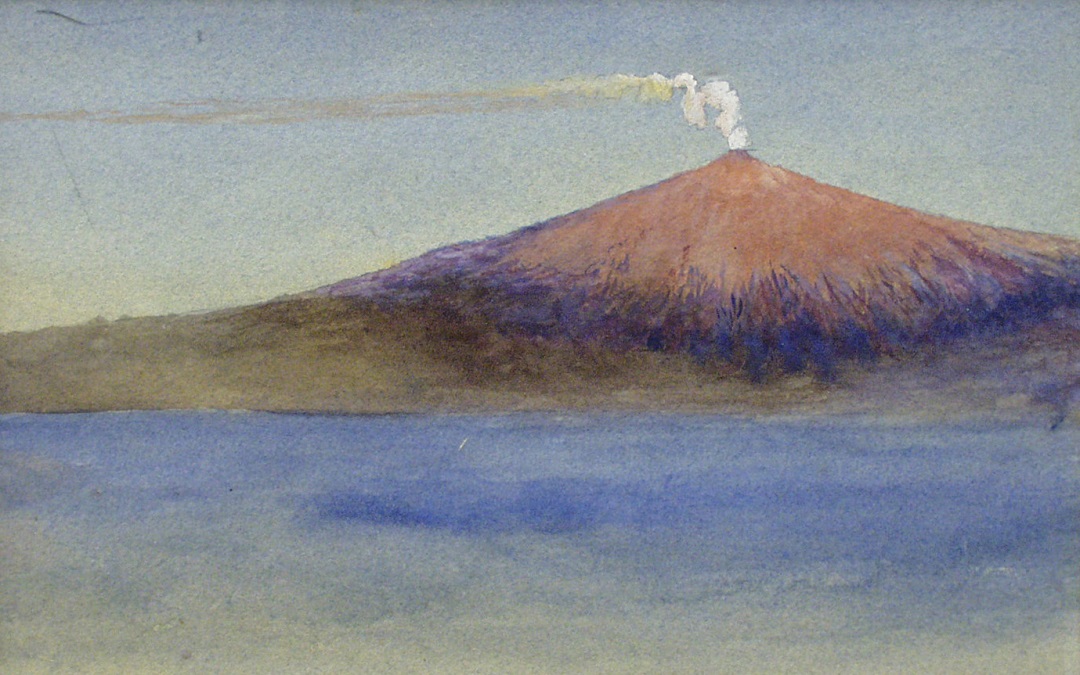 Colchester + Ipswich Museums hold a rich collection of material associated with, and donated by, the noted artist, architect and designer, Arthur Heygate Mackmurdo (1851-1942). These objects demonstrate his own design style, his inspiration and his artistic collaborators. This blog post will consider some of these objects.

In 1882, Mackmurdo founded the Century Guild with his fellow architect and friend, Herbert Percy Horne. The Century Guild was intended as a forum for designers and artisans to collaborate and sell work. Members’ output was varied, but concentrated heavily on domestic design, with items produced including furniture, textiles, wallpaper, stained glass, metalwork, decorative painting and architectural design. The only actual members were Mackmurdo, Horne and architect and art historian, Selwyn Image. However, there were approximately another twenty artisans associated with the Guild. Some of whom will be discussed in this blog post. Whilst the Guild was active for only ten years, between 1882 and 1892, the associate’s designs were influential internationally and are today collected by museums around the world.

In many ways the Century Guild can be seen as forerunners to the Arts and Crafts movement, and some of the work created by Mackmurdo in particular can be seen as pioneering precursors of the ‘Modern Style’, a particular British type of Art Nouveau. Much of the Guild’s work was historically inspired, with references spanning the Italian renaissance to 18th century design motifs. However, it should be noted that they sought to reference the past without directly replicating it. The collection of paintings and sketches at Colchester + Ipswich Museums demonstrate Mackmurdo’s own fascination with the Italian Renaissance. These include detailed paintings that copied elements of work by the Italian masters. The majority of these are undated, however one, a copy of a section of ‘Baptism of Christ’, c. 1468-1475 (original by Andrea del Verrocchio, Leonardo da Vinci, and an unidentified artist at Verrocchio’s workshop) held at the Gallerie degli Uffizi, Florence is dated to 1876. This shows how early in Mackmurdo’s life and career he was being influenced by the Italian Renaissance, and suggest a young man perhaps learning his artistic craft. Mackmurdo almost certainly saw these artworks in person, travelling to Florence with art critic John Ruskin in 1874 and on further later trips too. The collection donated by Mackmurdo also includes a selection of older items (dating back to the 16th century onwards), which clearly inspired Mackmurdo’s own design aesthetic. These are primarily textiles, including Chinese embroidered silks (such as the one above) and rich Italian brocades. These items demonstrate Mackmurdo’s own broad, international influence and some of the motifs seen in these pieces are adapted and replicated in his own textile and wallpaper designs from the 1880s and 1890s. Copper, bracketed candle holder or sconce designed by Mackmurdo and made by Kellock Brown. 1884. (COLEM:1966.OS.163)

We also hold a selection of decorative and practical objects created by Mackmurdo, members of the Century Guild and other artists and designers who were closely associated with the group. These include pieces by William de Morgan, Clement Heaton and Kellock Brown. In some instances, Guild associates worked together on these pieces. One such example is the copper candle holder shown above. It was designed by Mackmurdo and made by Kellock Brown in 1884. This piece, featuring the female form and sinuous lines inspired by nature, is a clear example of the ‘Modern style’.

Other examples in the collection demonstrate the variety of mediums in which Guild associates worked. We have particularly strong examples of ceramics designed by William de Morgan. In these pieces the broad international influences of the Guild associates is again clear. As can be seen in the example above, De Morgan’s colour palette was often inspired by ‘Persian’ colours. Much of his work utilising bold shades of dark blue, green, turquoise and red.

You can discover more objects in our Mackmurdo and the Century Guild collection online. We hope to add more records soon, including the textiles Mackmurdo used for inspiration.