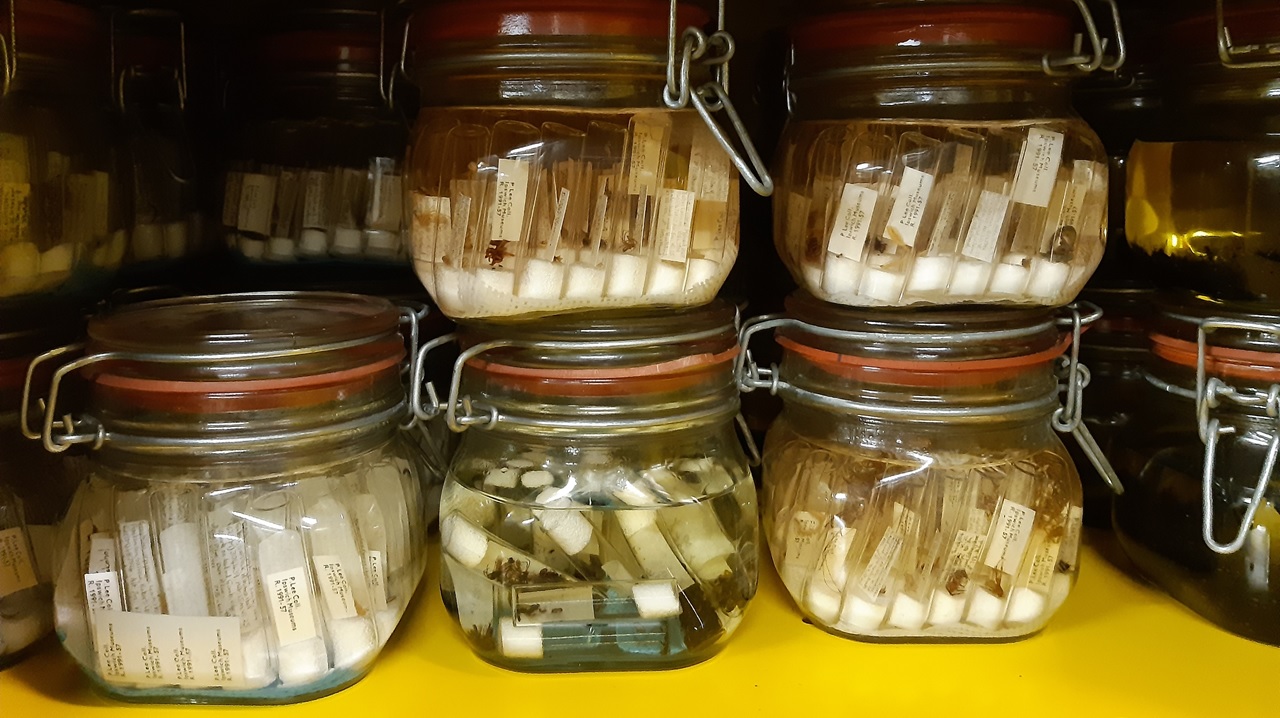 Our team love sharing what they do, so thoroughly enjoy the chance to welcome students for work experience. Arib, Charlotte, Isobel and Isolda joined Ipswich Museums between 13th – 17th June. During their week they spent time with a variety of teams and got to see behind the scenes, including in some of the museum stores. Here’s what they thought…

We visited the museum’s stores today. We were led by curator Simon Jackson and he showed us a variety of stores from botany to geology. Unfortunately we didn’t get to see the entomology store, but we saw two cabinet displays full of moths, butterflies and various other insects. What I found particularly interesting when we went to the off-site store was the taxidermy models, specifically the ones in recreations of their retrospective habitat. I liked this because it shows the ecosystem in which the animals lived in and the possible biodiversity that can be found in it. A few decades ago museums would use chemicals when objects like taxidermy models contained bugs, nowadays any objects that may contain bugs has to be frozen, in order to avoid the spread of pests. Stores generally contain a large amount of variation of one object, this is so you can see the changes between each variation because like humans, other species aren’t all the same.
Overall I enjoyed the experience of seeing the museum stores and I found it very interesting just how much stuff is stored that isn’t displayed. The thing I found most amazing in the store rooms was the tiger skull and how it has teeth which slot side by side so they do not break or get damaged.

The mammoth teeth were also really impressive as it helps you to get a picture of the scale of the mammoths and how big they actually were. The area of the stores I found most interesting was the pressed flora. I found this area interesting as I could see how helpful pressed plants could be in investigating a habitat, or change in environment. I was also fascinated by the age of some of the flowers we were shown, as I was surprised that they were still in good condition, and looked recognisable. When I was looking at the plants, I felt that I gained an understanding of how important artefacts can be in the present day and modern global issues. Consequently, I imagined that the pressed flora could be used to investigate the effect of global warming on plants and in habitats around Suffolk, as you could compare the dates when the plants bloomed then and now. This also signified to me the importance of labelling the products clearly and accurately. For me, the plants also created a sense of reality of the past. I found the idea that they were growing on a planet alongside people from over 100 years ago intriguing and very interesting.