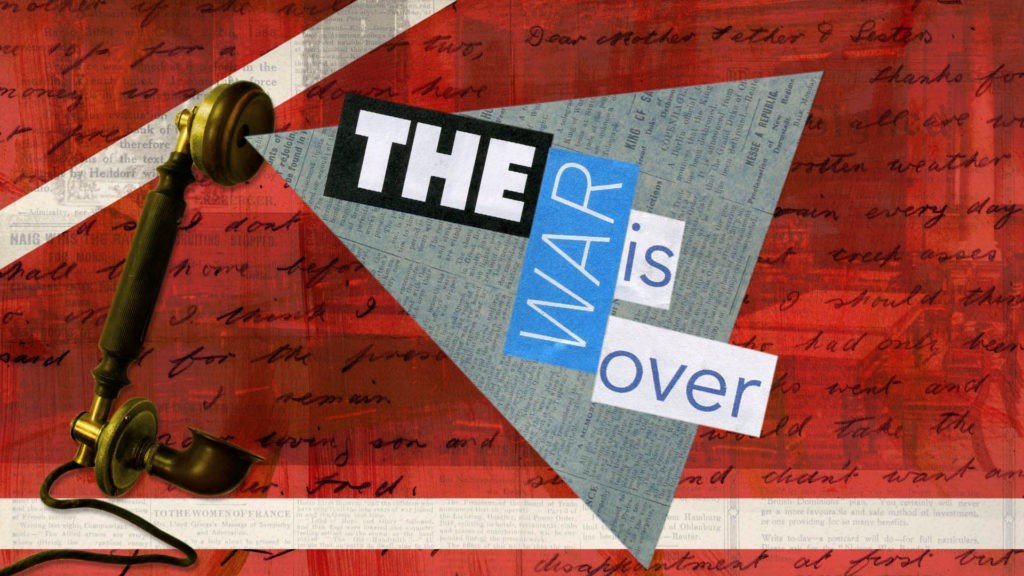 In this blog Tracy Satchwill, artist for Ipswich Museums’ ‘Ipswich and the Armistice’ project reflects on her experiences and what she’s learnt.

Since mid June I have been working with Ipswich Museum on a project to commemorate the centenary of The Great War. Ipswich and the Armistice is a community project that explores how local people responded to the ending of the war in Ipswich at the time and how, today, local people feel about the First World War one hundred years later. The artist-led community project worked with local schools, community groups and care homes to retell this story in a unique creative way contrasting historical facts with contemporary viewpoints to produce a short collage animation.

Whilst developing the concept of the film I looked at the Dada art movement for inspiration. The movement was quite apt for the project as it was active during the First World War and it strongly criticised the war culture. As my practice is based on collage, I was interested in this Dadaism medium, especially works by Hannah Hoch and Raoul Hausmann. I applied their process in one of the school workshop  as seen in the previous blog. 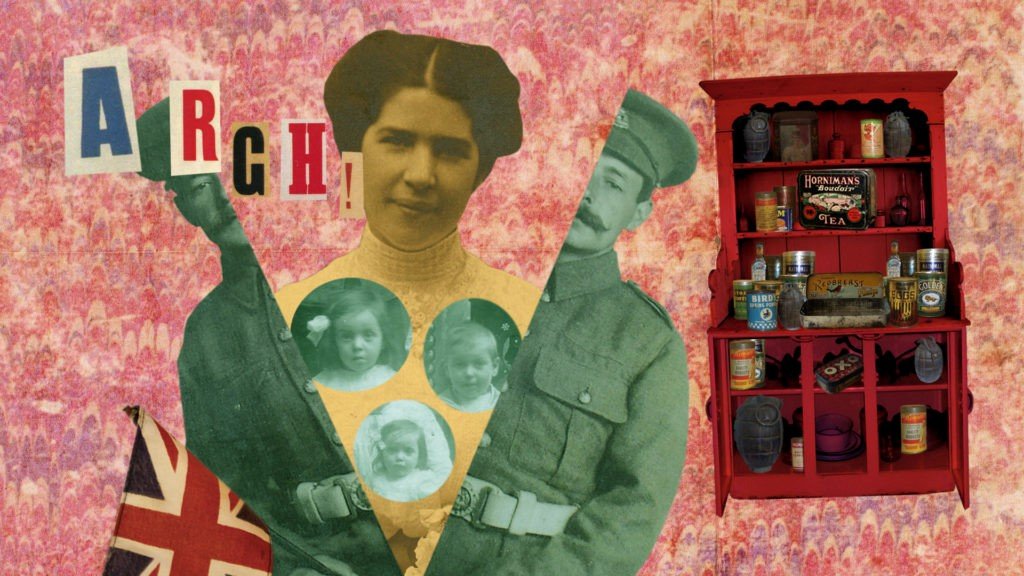 During the project I have met up with lots of people from Ipswich community who have helped to form the narrative with recorded discussions about The Great War. I spoke to people in workshops at care homes and primary and secondary schools. I wanted to make the film emotive and not glorify the war so I chose dialogue that articulated their feelings, asking questions about their personal feelings of the war, how did people feel at the time, why they created the artwork and what was the meaning behind it.

I met up with Rachel Field who wrote Ipswich in the Great War. The book was a valuable resource for researching about the Home Front in Ipswich. I also had a chance to chat to her and used her voice in the film.

Also, I met Andrew Beal who is the founder of the Ipswich War Memorial website, which aims to digitally collate information about the people who lost their lives during the two World Wars. The conversation was very helpful for illustrating the Armistice Day in Ipswich and highlighting some of the horrors on the frontline.

I visited the Suffolk Regiment Museum and spoke to Tim Davis who informed me about the activities on the frontline. The visit also helped me source a few pieces for the film. 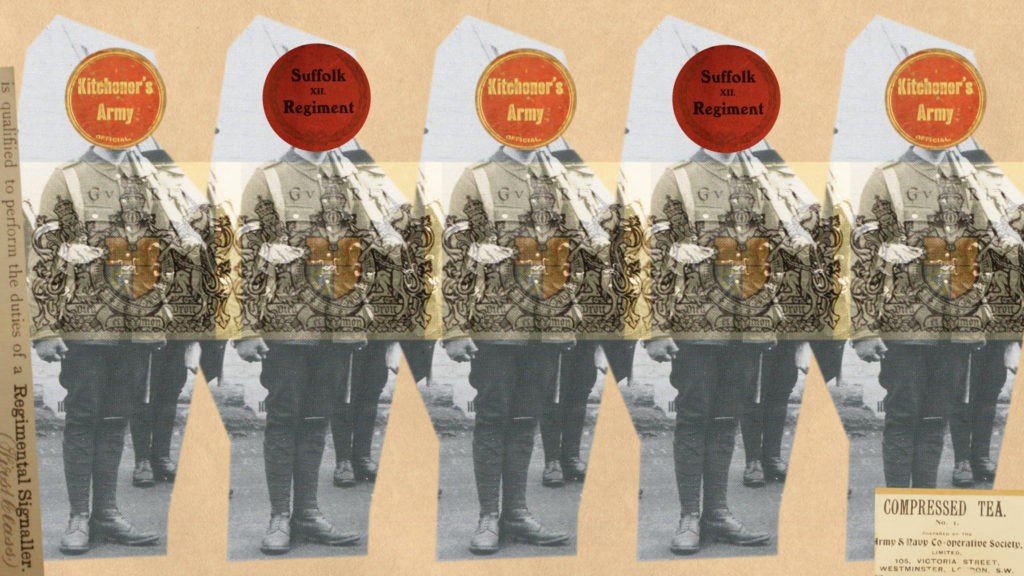 I met up with Ralph Girling and Phil Hubert from the Brave Men of Ipswich exhibition project, which profiles a number of Ipswich Servicemen. They told me about their relatives who were affected in the war and life on the frontline.  John Burns from SSAFA was also helpful regarding life on the home front.

I used archival imagery from the Ipswich Museums to create the collages, however I found that I lacked people and kindly received images from Ipswich Maritime Trust and Ipswich Transport Museum. Also, I used copyright free imagery from the British Library. Ian Molloy also provided me with imagery of St Mary Le Tower which was mentioned in the Armistice celebrations and where the mayor would regularly attend.

Ipswich Museum put a call out for stories through which I spoke with lots of people from Ipswich who provided photos, letters and other memorabilia related to the First World War in Ipswich. 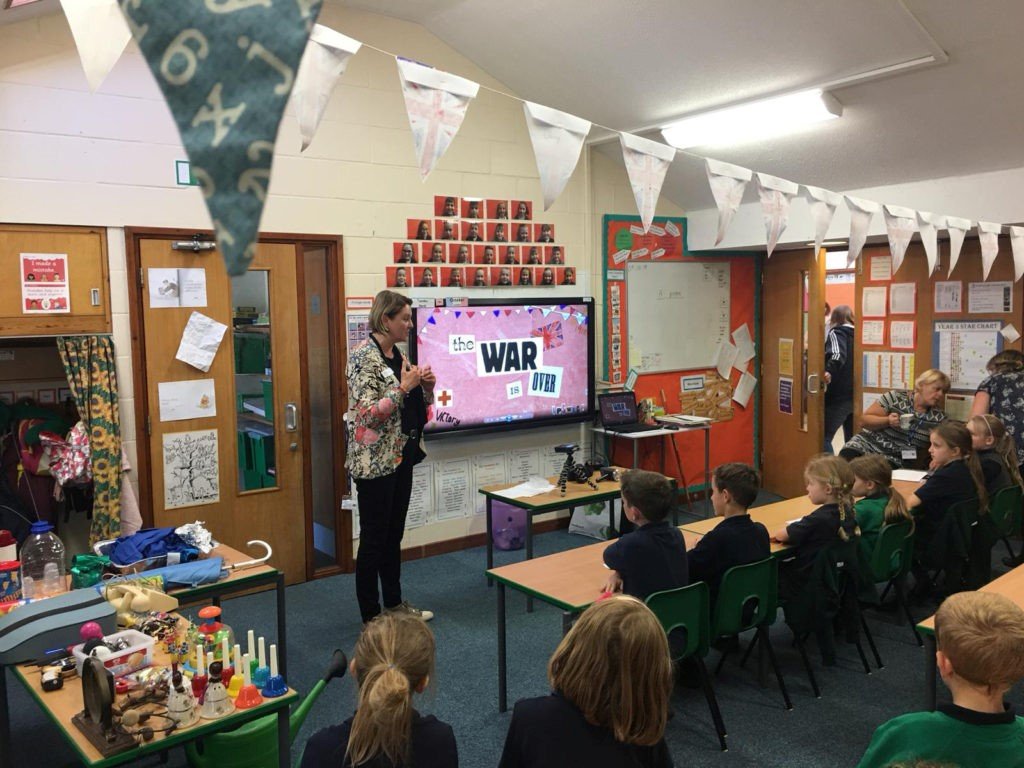 It was lovely to return to the primary school that helped with the artwork and dialogue for the film. In this session we showed the pupils the final draft and they loved seeing their artwork and voices. We wanted them to help with the sound, so I collaborated with sound artist Ranieri Spina to help with the sound workshop. We explored different sounds that could be used in the film and then asked the pupils to perform the sounds whilst showing the film.

We had some lovely feedback from the students. They particularly liked the popping of the balloons for the fireworks scene. 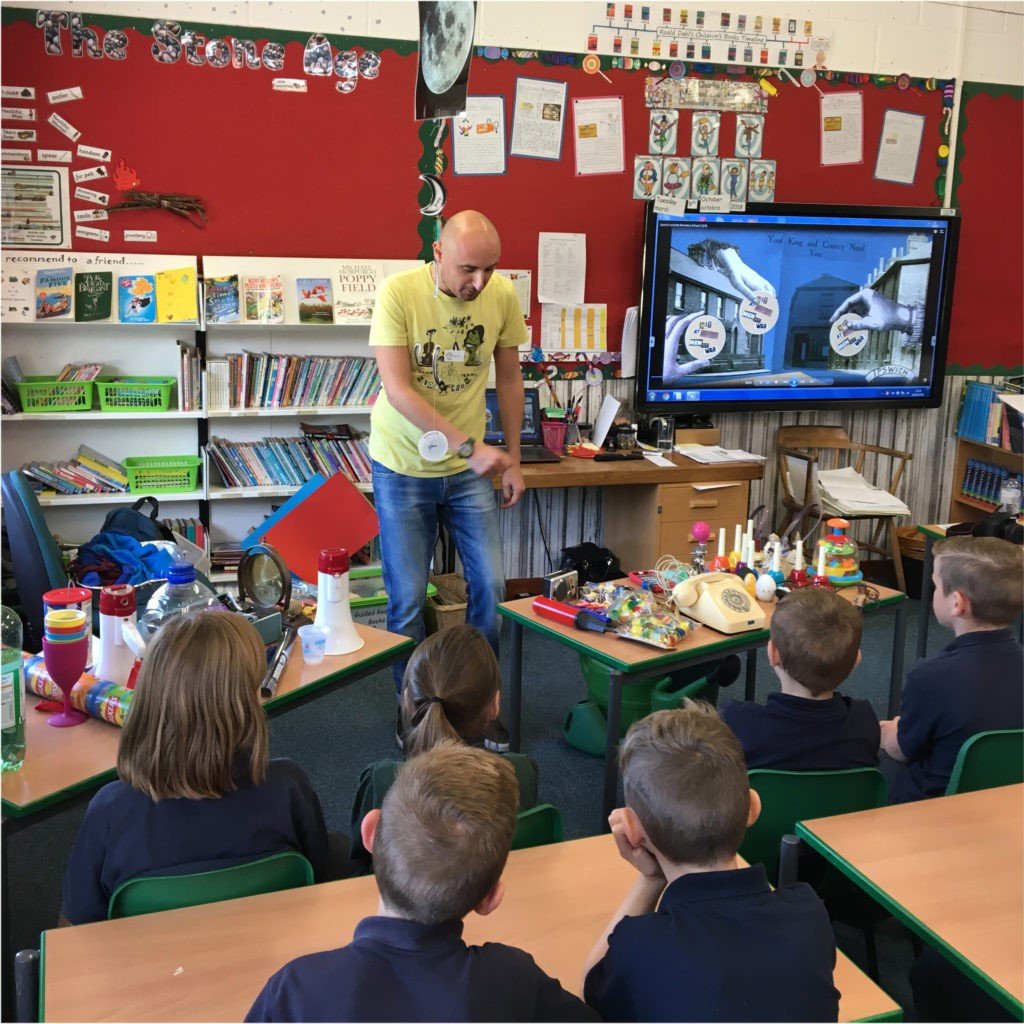 The sounds have now been added to the film and it’s ready to be distributed to schools in the Ipswich area before Armistice Day to mark the 100 year anniversary. The film will also be showing in the World War Galleries in Ipswich Museums from 11th November 2018 onwards. 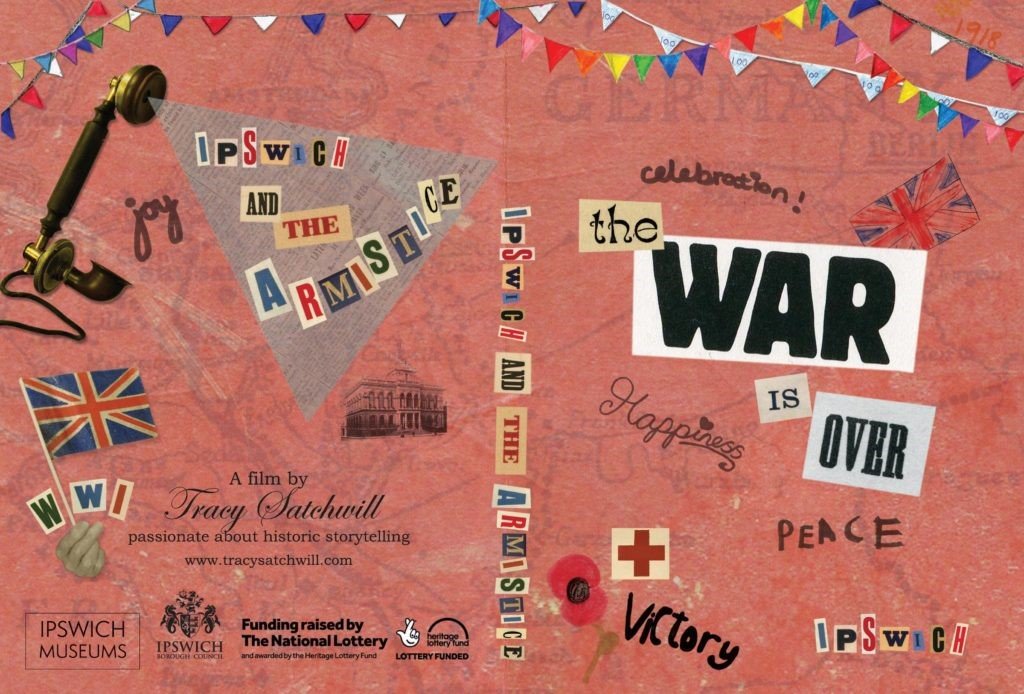 Sadly, the project has come to an end but I am in the process of talking to other museums about exciting projects for 2019.