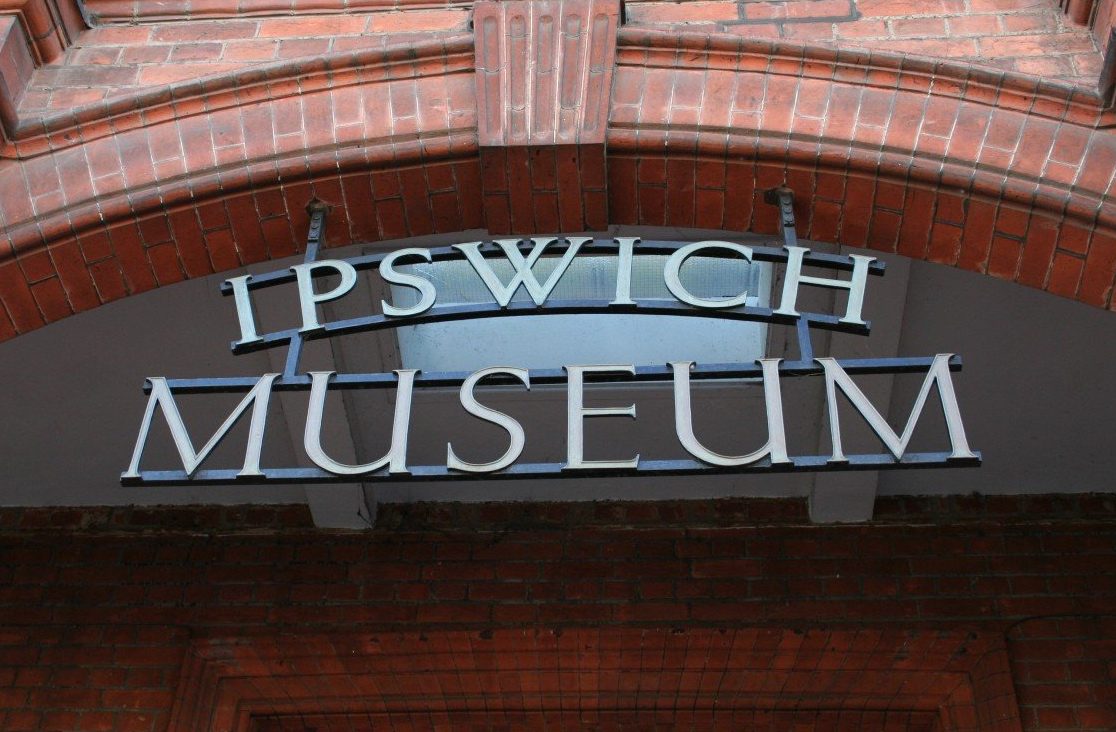 The following is an article written for SAXON:

In the ghost story ‘A Warning to the Curious’ (1925), the writer M. R. James mentions the discovery in 1687 of a crown at Rendlesham said to be that of Rædwald, King of the East Angles, which unfortunately ‘was melted down before it was even properly described or drawn’. This reference, albeit in a work of fiction, demonstrates the strength of the association between Rendlesham and the East Anglian kingdom. This has its origins in the writings of the Venerable Bede who in ‘A History of the English Church and People’ states in the period AD 655-664 that King Swidhelm, son of Sexbald, was baptised by Cedd in the province of the East Angles at the royal estate called Rendlesham.

Since 2008 there has been a systematic metal detecting survey of several fields at Rendlesham, which has yielded hundreds of objects of Anglo-Saxon date, as well as those of other periods. These finds are gradually being purchased by Colchester + Ipswich Museums with funding provided by a range of national and local grant-giving bodies, including the Sutton Hoo Society.

The most recent group of finds acquired in Summer 2019 include several Treasure items including five of Anglo-Saxon date: two gold jewellery settings, a strap end, a silver fragment and a silver ingot. Of these, the strap end is particularly interesting as it is decorated with a simple interlace design in the Viking Borre style. Formed of a copper alloy body and two silver rivets, it has a tongue shape and is of late 9th to 10th century in date. The two gold jewellery settings, the silver fragment and the silver ingot provide further evidence for significant metalworking activity at the royal site at Rendlesham.

The Anglo-Saxon coinage found at Rendlesham is notable, both for the total number and the types of gold and silver coinage represented. The coins are from both the continent and England, the latter produced in the kingdoms of Kent and the East Saxons as well as East Anglia. Their significance lies partly in the evidence that is revealed for the movement of people, both between the different English kingdoms and from the near continent, and partly in the new data, which is coming to light in relation to coin production and use. In particular, there are ten sceattas (or silver pennies), which are identified as having been produced from the same dies as other coins, thereby providing new insights about Anglo-Saxon coin minting. The current group adds three tremisses (or gold shillings), forty-nine sceattas and five Late Saxon pennies to the total of 156 previously acquired by Ipswich Museum.

Amongst the latest finds are several pieces of Anglo-Saxon female jewellery including eight brooches and a clothing pin. These include a disc brooch of unique design and a fragment of a ‘florid’ brooch decorated with a human face with two birds, possibly representing the Norse god Woden and his ravens.

Male warrior gear is represented by a 7th Century plate from a multi-piece belt set of Continental type and an ornate copper-alloy buckle pin set with a garnet and displaying traces of gilding which comes from a buckle type found in southern and eastern England dating broadly to the sixth century. There is also a rare, copper alloy prick spur dated to the period AD 750-900.

As in the earlier groups of finds from Rendlesham, there are exotic objects such as an escutcheon, or hanging bowl mount, decorated with red enamel probably produced in a ‘Celtic’ workshop in western or northern Britain, and a vessel handle thought to be from a Frankish bowl, similar to grave finds from the Anglo-Saxon cemetery at Coddenham.

Much remains to be revealed about Anglo-Saxon Rendlesham and finds continue to be made at the site. In due course it is hoped that these too will be added to Ipswich Museum’s nationally important Anglo-Saxon collection.

The site and finds are being analysed for publication by the Leverhulme-funded project Lordship & Landscape in East Anglia, as reported in SAXON.