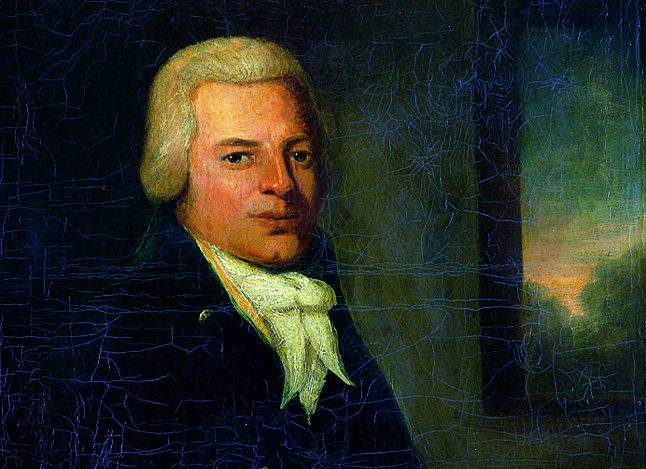 ‘The subjects which he selected were such as did credit to his taste and judgement; and whatever came from his pencil bore the impress of originality and truth, and evinced, in a bold and masterly manner, the local character and features of the County in which he resided’. 1821- Gentleman’s Magazine. By Revd James Ford In 1912 and 1917 two books containing over three hundred drawings by the artist George Frost, were purchased for the Ipswich collection with the assistance of the Felix Cobbold Bequest fund. The 1912 book had been purchased from a local art collector William Henry Booth (1861 -1928) and the 1917 version came from Frank Brown (1858 – 1929) an architect, who was the author of ‘George Frost’s Drawings in Ipswich and Sketches in Suffolk’ 1895. These two albums and additional artworks collected over many years, have resulted in Ipswich holding the largest collection of works by George Frost in the country. As 2021 marks 200 years since the artist died and the last major exhibition of his work was in 1976, the time for looking at Frost’s prolific output is well overdue.

Born in Suffolk, Frost’s early life remains sparsely documented. There is dispute over his birth place being in Ousden or possibly at Barrow where he was christened on the 21st February at All Saints Church in 1744. Even Frost’s birth year has been muddled up a number of times and occasionally appears as 1754. It is recorded that he worked with his father as a builder and then went to Ipswich to establish himself in the coaching business. We do not have an exact date for when Frost moved to Ipswich to work on running the coaches from Ipswich to London, with the Blue Coaching Office. In his 30’s he met his wife Mary Thomson and in 1776 they married in Newmarket. Mary was someone who supported him in his artistic endeavours and greatly assisted with his work at the Coaching Office. They lived in Brook Street, near the Coach and Horses Inn, in Ipswich. A typical day running the coaches would start at 7am and include booking all the passengers and parcels, caring for the horses, buying all the hay, straw and oats and paying the workers. Frost had to keep a number of ledgers recording all of these transactions and we have found some of these ledger papers used for drawing on or to back artworks.

Frost did not receive formal art training and appears to have a real passion for drawing the surrounding landscape, activity along the river and characters passing through the docks. “The pleasing scenery around the town of Ipswich; its hollow and tortuous lanes with broken sand-banks; its copse-grown dells; above all, the richly wooded and picturesque acclivities of its winding river, were his perpetual haunts” 1821 Revd James Ford

In 1797 Frost’s name occurs in a letter that the 21 year old John Constable wrote to John Thomas Smith, an artist, print maker and early influence on Constable. Constable was attempting to track down information on Thomas Gainsborough and comes across references to Frost being a drawing master in Ipswich, who regularly haunts the places where Gainsborough sketched.

Constable would eventually seek out Frost as a sketching companion around the local Ipswich area and someone who had a passion for collecting artworks by Gainsborough. In 1807 when Frost was writing to Constable, he still had this obsession with Gainsborough and declared, ‘You know I am extravagantly fond of Gainsbro’ perhaps foolishly so… For my own part my prospect is so limited that I do nothing nor mean to do nothing but hunt after small scraps of Nature which one or other take off as fast as I do them.’

Stoke Mill and Ipswich docks were favourite locations that Frost would introduce to Constable for sketching. These subjects would resurface in later Constable artworks as inspiration for other pictures. Frost was a prolific sketcher and had key themes he liked to draw. The Cornhill in the centre of Ipswich was an ideal place to depict, with all the activity and people of the area. The Market Cross and old Town Hall feature several times in pencil and watercolour throughout the collection in Ipswich.

By 1813 Frost retired from the early morning coaches and went to live closer to the water at the Common Quay. It was a place to inspire a lot of artworks centred on the quayside and Ipswich has Frost’s Common Quay oil painting completed a year before he died. One of the last paintings Frost worked on was his copy of Thomas Gainsborough’s painting The Mall in St James’ Park. Gainsborough’s original painting is now in the Frick Collection, New York. Frost had bought the painting in 1807 and this grand artwork, alongside his own version must’ve taken up a large amount of room in the Frost household. At the time Frost was working on the painting he was suffering from an illness that resulted in his toes rotting off and turning his feet black. This was reported by Abram Constable in a letter to his brother in 1821. On Thursday June 28th 1821 Frost died and left his widow Mary. When Mary died on 25 April 1839, Frost’s considerable art collection was sold by R. Garrod on 7 June 1839. A number of artists purchased works from this collection and William Esdaile, would also acquire Gainsborough drawings.

Frost has often been recorded as a foot note in Constable’s career, but he was an important early influence for the artist from 1800-5 and remained a contact in Ipswich up until Frost’s death in 1821. Constable had no fewer than 27 Frost drawings in his personal collection. The connection between these two artists and Frost’s artworks will be further explored in the Creating Constable exhibition to open at Christchurch Mansion on 27th November 2021.

You can discover more artworks in our George Frost – Scraps of Nature collection online.