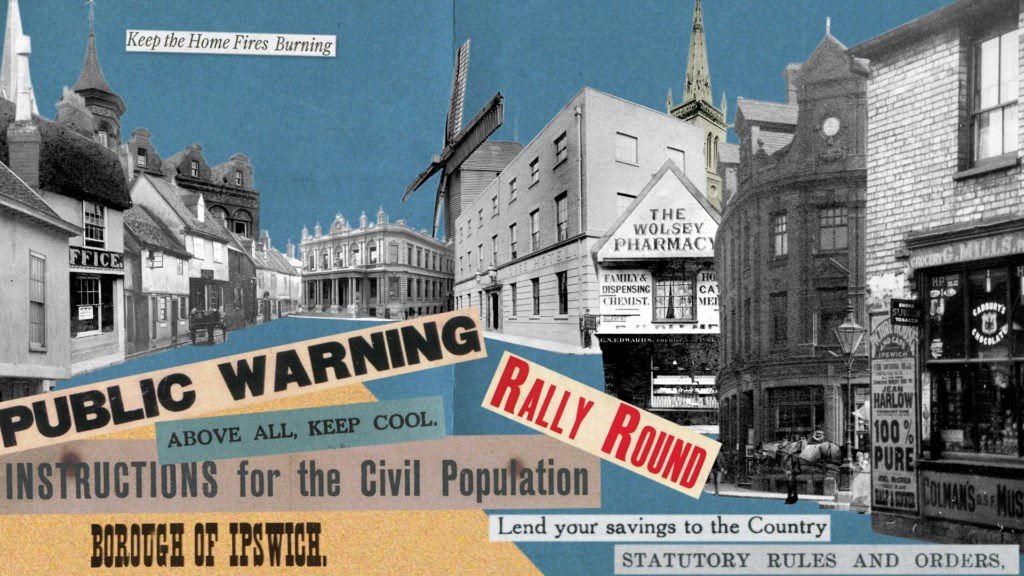 In her second blog Tracy Satchwill, artist for Ipswich Museums’ ‘Ipswich and the Armistice’ project reflects on meeting students and care home residents.

Since mid-June I had been working with Ipswich Museum on a project to commemorate the centenary of The Great War. Ipswich and the Armistice is a community project that explores how local people responded to the ending of the war in Ipswich at the time and how, today, local people feel about the First World War one hundred years later. The artist-led community project works with local schools, community groups and care homes to re-tell this story in a unique creative way contrasting historical facts with contemporary viewpoints to produce a short collage animation. 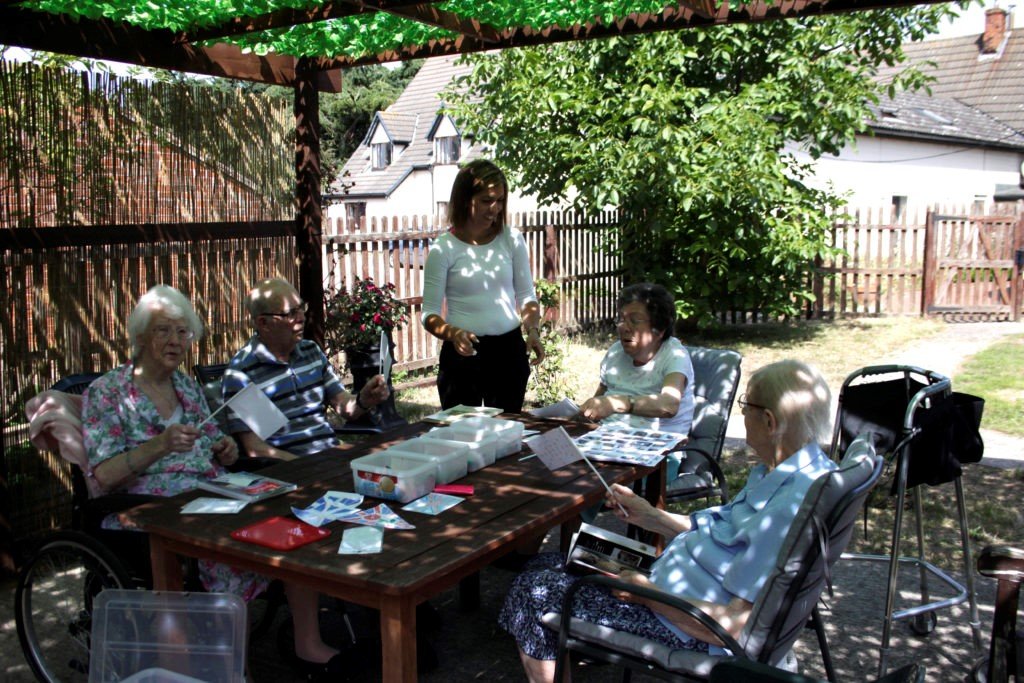 During July and August I delivered workshops at primary and secondary schools and care homes. The aim of the workshops were to unlock any family stories of WWI, record audio and create artwork for the film.  I visited Anchor St Marys, The Orwell and Spring Lodge care homes.

The residents and I discussed WWI and the Armistice Day creating designs for flags and bunting. It was lovely to meet people aging from 73 to 103 years old. I listened to interesting but sad stories about animals at war, men losing limbs and members not coming home. One lady talked in length about the warm, including her father being a vet and seeing all the horrid things that happened to the animals. She was very valuable to the audio of the film as I wanted to show the truth of warfare and not glorify it. An example of her dialogue was ‘People think wars are glorious but it isn’t. It’s just horrid. It kills lots of people and injures many’.

I delivered two workshops at Copleston High School, the first of which was to the year 7 class. We talked about the project, WWI, Armistice Day at Ipswich and posters that were used in the war. We talked about what the challenges on the home front and frontline such as saving food, recruiting men, women replacing men’s jobs and raising war funds. I showed the pupils examples and asked them to design a poster.

I was particularly drawn to the wording of one poster – ‘War affected us in ways that are impossible to understand’. 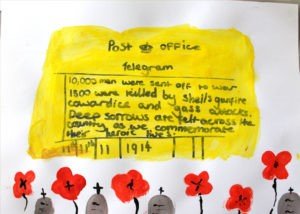 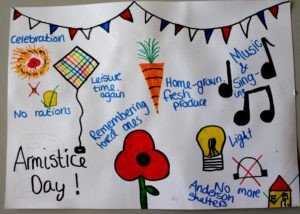 I wanted to create a film inspired by Dada collages. This was an art movement formed during WWI in Zurich reacting negatively to the horrors and folly of war. I was interested in works by Hannah Hoch and Raoul Hausmann and asked the class to create exquisite corpses using collage and mark making. The process involves dividing the paper into three and creating figures such as the head for the first part, body and legs for the others.

The next workshop at Copleston High School for the year 9 class. I talked about the war, Armistice Day and figures that would be involved in the war including fighting men, nurses, children, other women and animals. I gave them examples of Dada work and war figures as well as relevant collage materials including type. We timed each section and asked them to move the paper around the class so that another student would create the next section.

The results were wonderful with thoughtful pieces such as ‘we walk through the bodies of soldiers’, a human war I [horse] was forced into’ and ‘even now we stand together as a country, as a union’. Students comments on their posters included – ‘wars are like a place of destruction that’s not really needed’, I don’t like how everyone dies. I really don’t like war’ and ‘they walked to their death, they came out alive but still in a bit of pain’. 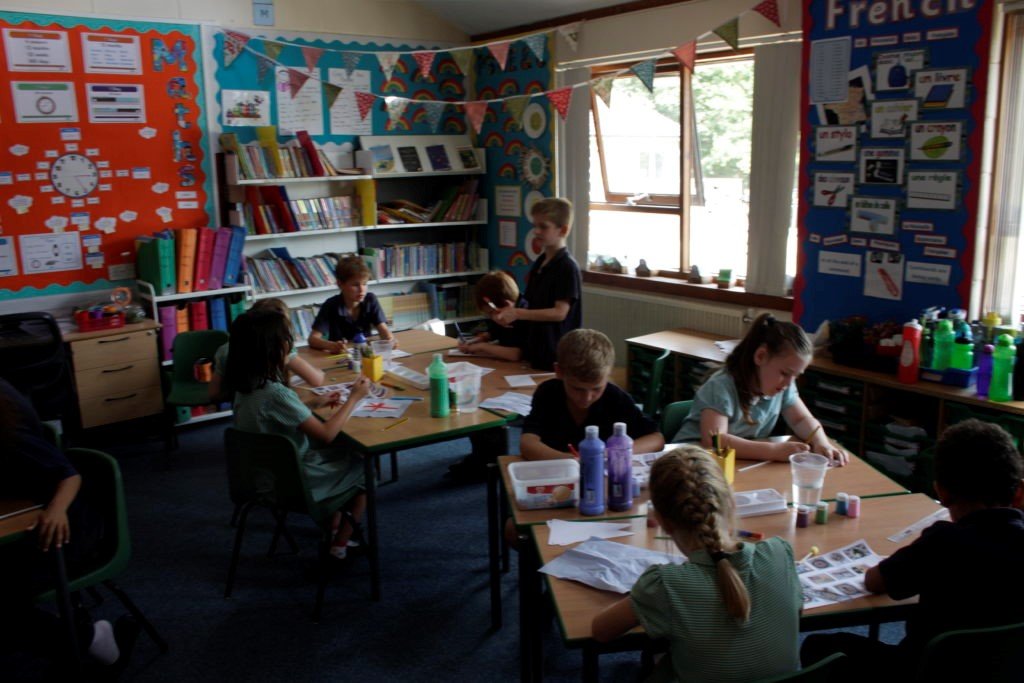