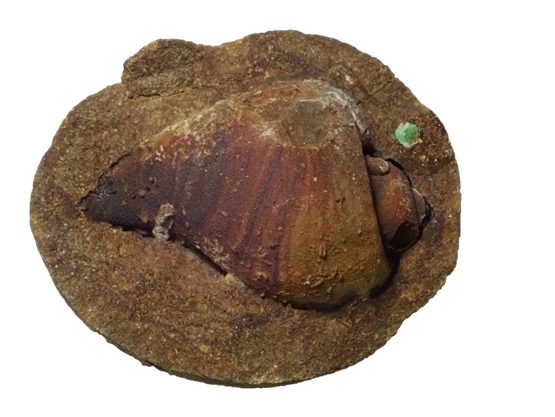 Ipswich Museum is home to some fossils that are unique to Suffolk and North-East Essex: the Suffolk Boxstones. Thanks to the John Ellerman Foundation, I got to spend five months learning about these unusual rocks, creating an inventory of the boxstones in the collection and bringing them all together in one storage location.

What Is A Suffolk Boxstone?

Boxstones are rocks, usually smooth and pebble-like, made of sandstone and are 5-15cm long. Only one in ten boxstone contains a fossil, and this is usually made up of a shell imprint and an infill cast. Sometimes they contain more than one fossil. To find out, they must be broken open. 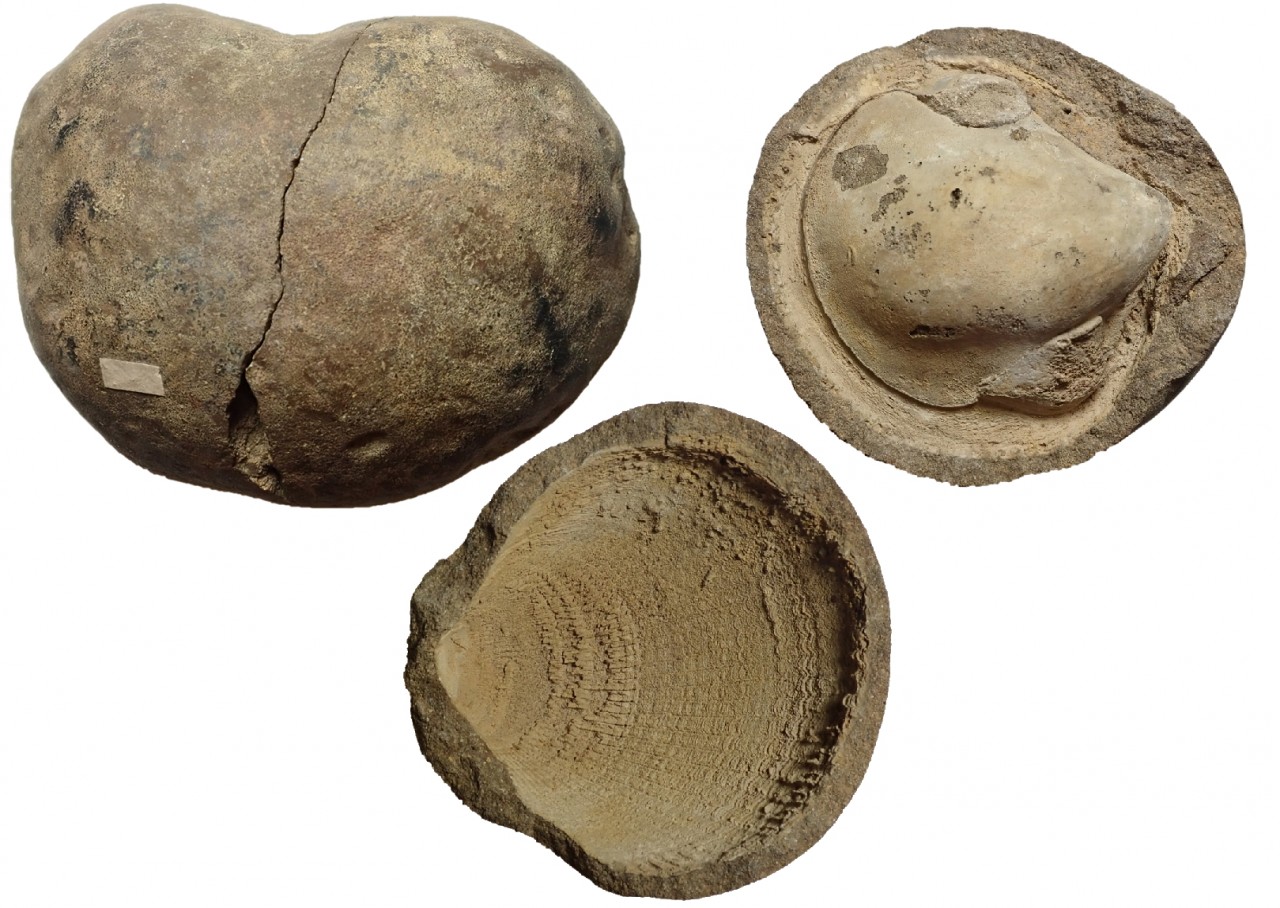 Usually the fossil is of a snail or clam, but you can also find mammal teeth, reptile, shark or other invertebrate fossils in boxstones. A few of the shark teeth aren’t boxstones, but consist of a shark tooth partially covered in the same type of sandstone.

Boxstones form when a dead animal is covered in muddy sand. In time, as the soft body rots away, this will fill with more sand or mud, which becomes solid. When the animal has a shell and that eventually rots away, it leaves behind an empty space. Occasionally the shell fossilises and is replaced with crystalline structures in the boxstone.

Where Are They From?

Geologists and palaeontologists can tell how old a fossil is by looking at the ground around where they are found. This is because fossil deposits form in layers, with the oldest at the bottom and the youngest at the top. As time goes by, some layers get worn away in places, meaning we don’t have any records of that time period. Very occasionally, as a layer is eroded, fragments of it survive and end up settling into a new layer of rock.

As most boxstones are smooth and pebble-like, they must have originally been larger rocks that were worn smooth in moving water. The majority of examples are found in the ground or in exposed cliffs, meaning they couldn’t have become pebble-shaped recently. 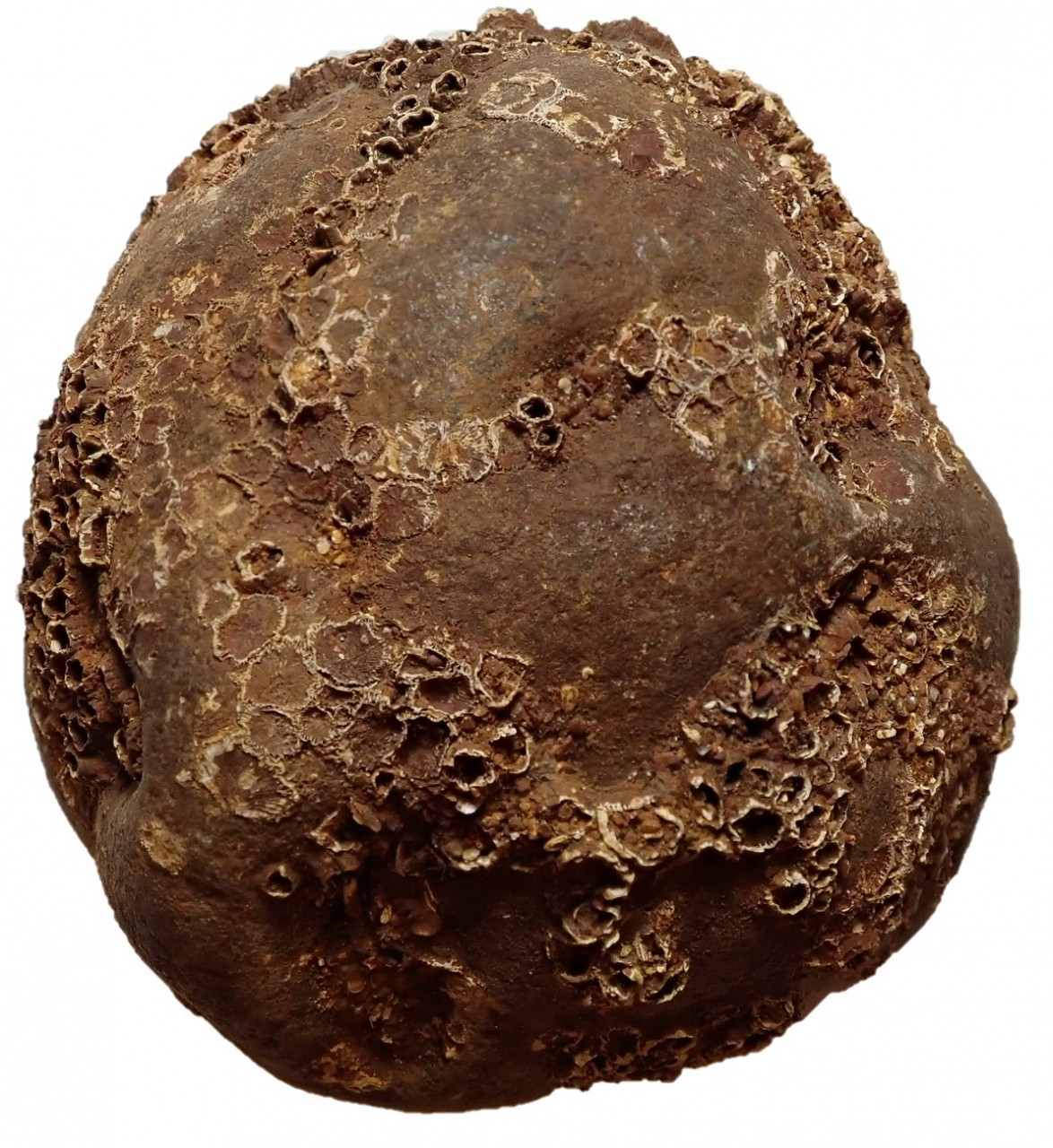 Some boxstones have fossil barnacles attached on the outside, which tells us that they were exposed on a beach or sea floor once they had been worn into pebbles. This covering of barnacles tells us that the boxstone fossils inside are older than those on the outside. The barnacle fossils are recognisable as being the from the same period as those found in the deposits formed 2-3 million years ago in Suffolk, which is the same layer we find most boxstones in.

The fossils inside can also help tell us how old the boxstones are. Some fossils are worn and pitted and they must have been like that before they were covered in sandstone. These are usually teeth from the giant shark, Megalodon, or whales that from the Miocene. Knowing that means the rocks must be younger than these fossils. 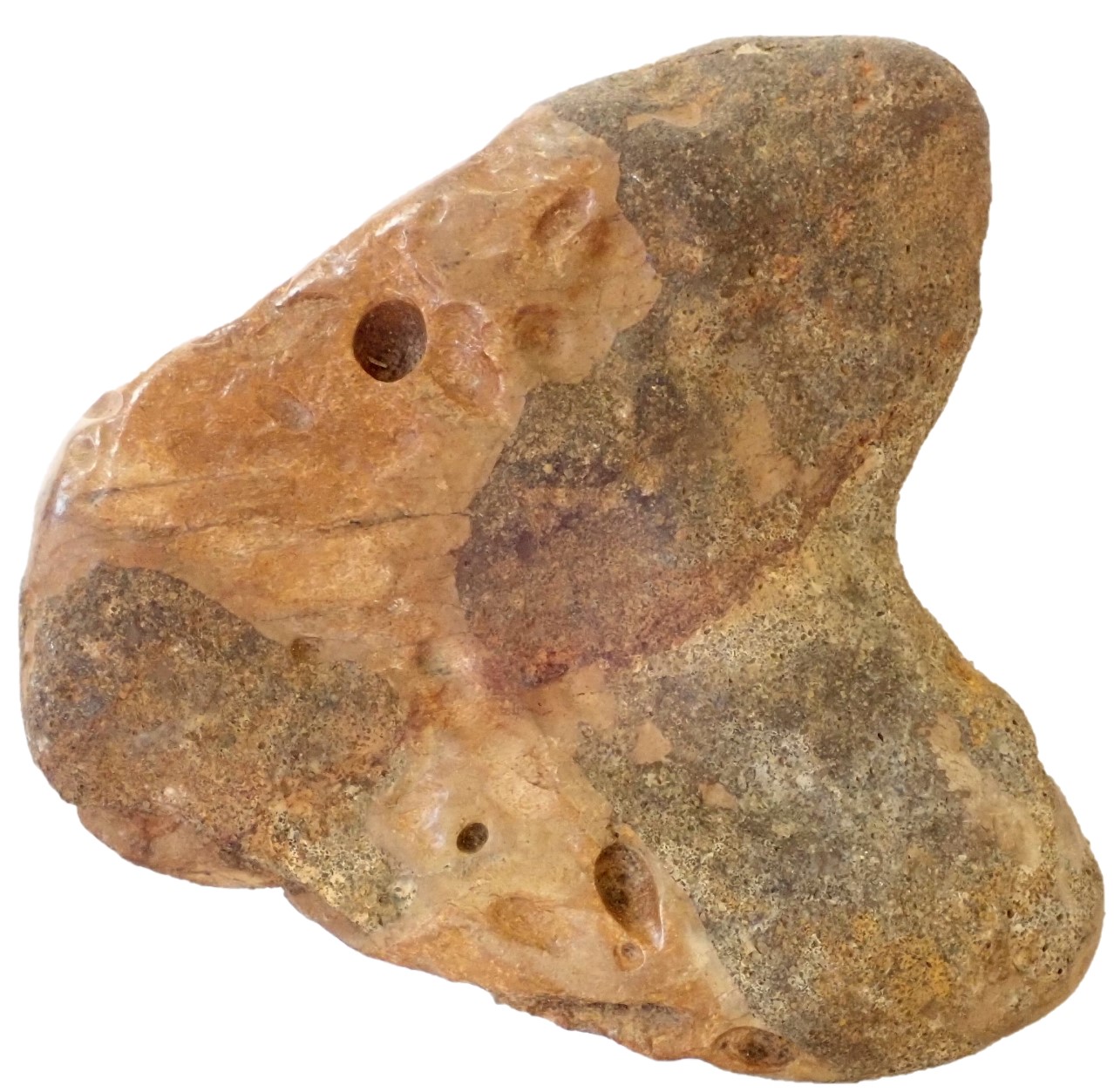 We also know for certain that the shell fossils were formed at the same time as the individual boxstones, because they are made from the same type of sandstone rock. By analysing the sandstone and the species present, then comparing it to species found elsewhere in Europe, it was determined that they dated from the Late Miocene, approximately 6 million years ago. The main challenge of this project was putting back together the loose fragments of boxstone – one box of 63 fragments ended up containing 33 separate boxstones! Fragments were placed on a table and then compared to one another to see if any fitted. Sometimes it was obvious that two (or more) fragments went together, thanks to their shape, colour and fossil content. With smaller fragments, it was only close inspection that allowed the pairing of different fossils. Once fragments were matched up, they were put in a sealed bag along with a label so that they wouldn’t be accidentally separated.

What Do They Tell Us?

Boxstones show us what the environment was like 6 million years ago during the late Miocene. By looking at the fossils and at similar species today, you can build a picture of that time. This is important because knowing about the environment of the past helps us better understand how we evolved and how the world has previously adapted to climate change.

Almost all the fossils found in boxstones are animals that live in the sea. This tells us that the area where these boxstones were found used to be underwater. By creating a cast of the imprint of the shell we can even re-create what their shells looked like and identify its species. Many are closely related to Mediterranean molluscs, implying that they probably lived in a similar environment. So not only do we know that the part of Suffolk and Essex where boxstones were found was once underwater, but that sea and the lands around it were much warmer than today, similar in climate to the Mediterranean!