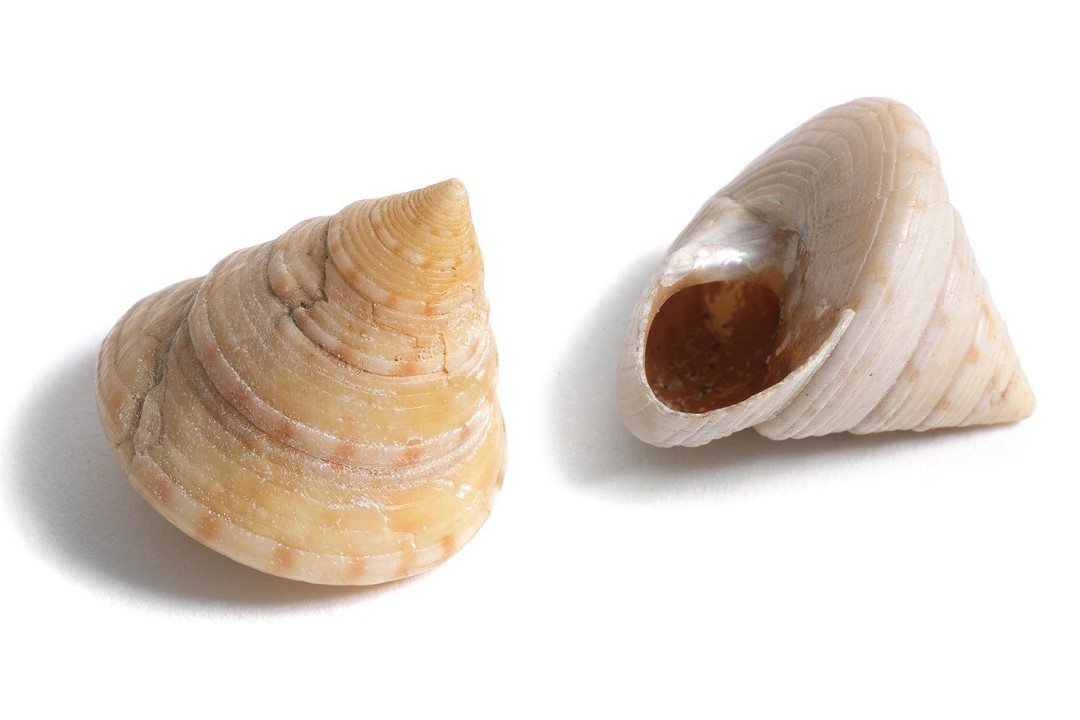 As restrictions loosen, we’re all starting to think about what we might be doing or where we might be going over the summer, but if you venture out onto the beaches what molluscs could you spot?

Here are few of my favourite shells that you could come across that I encountered while working on the Colchester Museum mollusc collection during the Mollusca John Ellerman Foundation project. Piddocks are a burrowing bivalve, that means it buries itself in the sand or muddy banks on the beach and beyond. The American piddock (Petricolaria pholadiformis) first came to Britain around 1890 and is found along the coast in many spots across Britain, so if you venture on a sandy beach keep an eye out for these shell!

The long oval shape and the clear ridges on its shell have earned it the name of ‘the false angelwing’. These three shells look like they could have come straight off the beach as two still have seaweed stuck to the tip of the shell!

The angelwing piddock (Pholas dactylus), which is native to Britain, looks very similar to this although its shell is thinner and the ridges less distinct towards the tip of the shell. The spotted cowrie (Trivia monacha) is a kind of sea snail that prefers rocky shores. Although they tend to live beyond the tideline, their shells wash up on beaches regularly. They are rarely found in East Anglia.

Cowries have a distinct lemon or egg shape to their shell. The mouth of the shell is on the underside and is a straight ridged opening. Despite being the same colour as the Arctic cowrie (Trivia arctica), a pale reddish-brown, the spotted cowrie is easy to tell apart thanks to the three brown spots on the back of the shell! The European painted top shell (Calliostoma zizyphinum) is a sea snail commonly found at the bottom of rocky shores at low tide around the UK. They eat the algae that grows on rocks, so keep an eye out for particularly algae-covered rocks if you want to see a live one!

Their shells are cone shaped and striped with pink or purple, with the rest of the shell usually being yellow, pink or purple. It can grow to be 3cm tall and 3cm wide at the base. Slipper limpets (Crepidula fornicata) are an invasive species originally from America. They are now found all over the coast in Southern Britain and established as far north as Hull and Anglesea. They grow in stacks of up to twelve shells with the largest shell at the bottom being female and all the other shells male.

Their name comes from what they look when you turn this limpet over. Underneath on one side is the mouth, and the other has a thin shelf-like shell which makes it look like slipper! They wash up regularly on the seashore, often as individual shells, but you can sometimes come across a stack. If you keep an eye out when you’re walking near river mouths and on beaches next to shallow seabeds, you might come across the shells of native oysters (Ostrea edulis). They are also sometimes known as Colchester natives, and have been harvested for food for centuries. The Romans even imported them back to Italy! These centuries of harvesting, and their continued popularity on our plates, means that their population has decreased sharply around the UK.

With their round edged layered shells, the ragged edge of each layer can give it a scaled look. The two halves of the shell are different, with one half being flat and the other being more curved. Grey chitons (Lepidochitona cinerea) are much harder to spot. They live on rocky shores, and you’re most likely to encounter them in rock pools. They tend to hide under rocks, and their shells often break apart so they can be hard to find.

These woodlice-like molluscs are also known as coat-of-mail shell, thanks to their distinctive plate like shell and mail like skirt. The grey chiton can grow up to 2.5cm long, and despite its name can have a slight green or brown tinge to its skin when alive.

You can discover more objects in our Washed Ashore collection online.