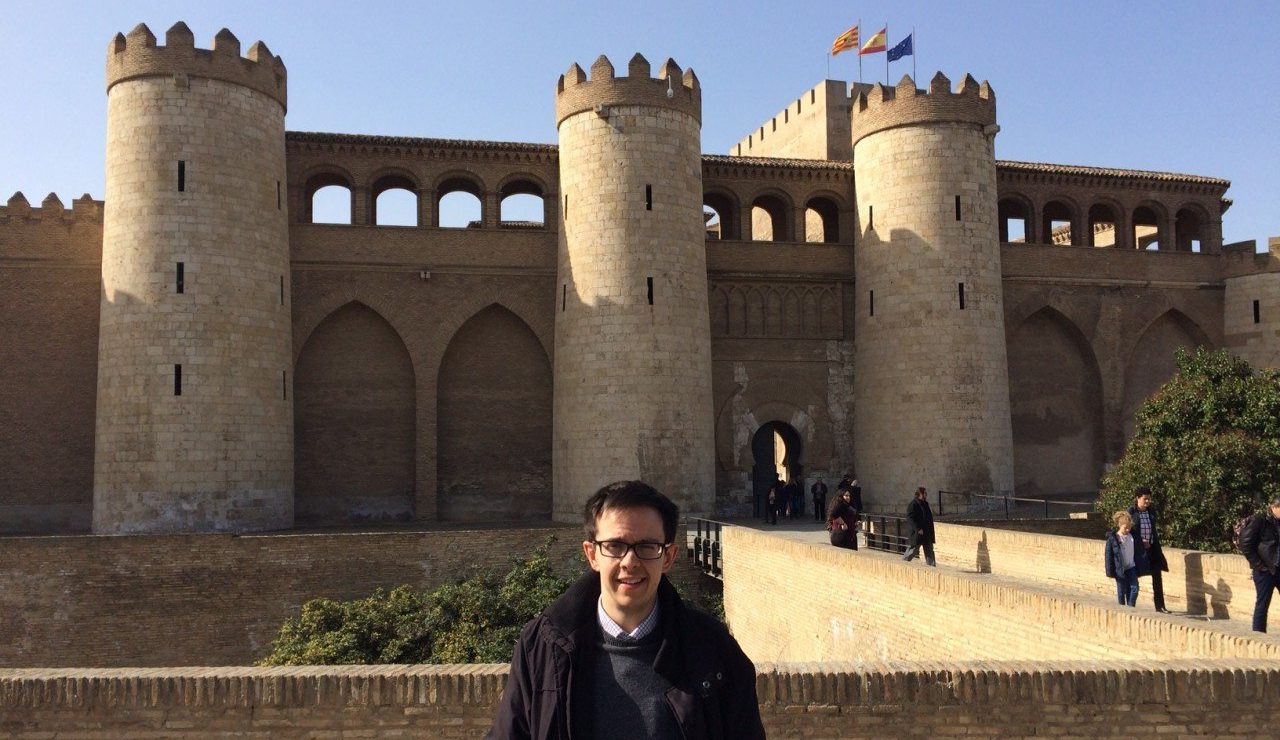 Hi, my name is Will and I’m both an Assistant Collections and Learning Curator and a Museum Assistant at Colchester + Ipswich Museums. I have worked for CIMS for over five years now, during which I have enjoyed a fun and varied workload, from selling merchandise in the shop to writing text for a new exhibition. One of my favourite things about working in a museum is the sheer variety of objects I get to work with, from Anglo-Saxon pottery to Japanese Samurai swords, and sharing the stories of the people who have used these objects with visitors is extremely rewarding.

It was this interest in bringing human stories to life for visitors that inspired me to develop an activity backpack for families visiting Ipswich Museum. The ‘World Explorer’ bag was funded as part of a CIMOVATION project, a strand of The Training Museum that aims to support sustainable and innovative new ideas for visitor engagement. Working with several colleagues, we have created five activities for children based on objects on display around the museum. The aim is to inspire them to learn more about some of the less well-known parts of Ipswich Museum’s fantastic and eclectic collections. After a lot of initial research, a project team went to the British Museum to meet Melany Rose, a Learning Manager who is responsible for a similar backpack scheme there. It was a happy coincidence that Melany originally hailed from Ipswich and was very keen to offer some valuable practical advice on how to develop and maintain activity kits. Some of the ideas featured in the ‘African Adventure’ backpack really resonated with us and it was interesting that not all of the activities featured making something. Some of the replica objects in the backpacks were instead used as a prop to stimulate conversation about an object and how it could be used.

The project team used the learning from the British Museum to create a trial activity over October half-term. This was well-received and the feedback we got was invaluable in informing the rest of the bags content. After liaising with a variety of colleagues from Visitor Services, Exhibitions and the Collections and Learning team, the bags are nearing completion for an Easter rollout. The games will include Saxon runes, hieroglyphic code-cracking, mosaic building and African musical instruments. As well as the different games, the bags will feature maps, magnifying glasses and torches to get the children into the mind-set of an explorer uncovering new lands and peoples. Designing the contents of the bags has been an exciting experience and we hope that they will provide a fun means for families to engage with the museum’s objects in a new way. The ‘World Explorers’ team are all really proud of what we’ve produced and would like to thank all those who have offered advice or support over the last few months.